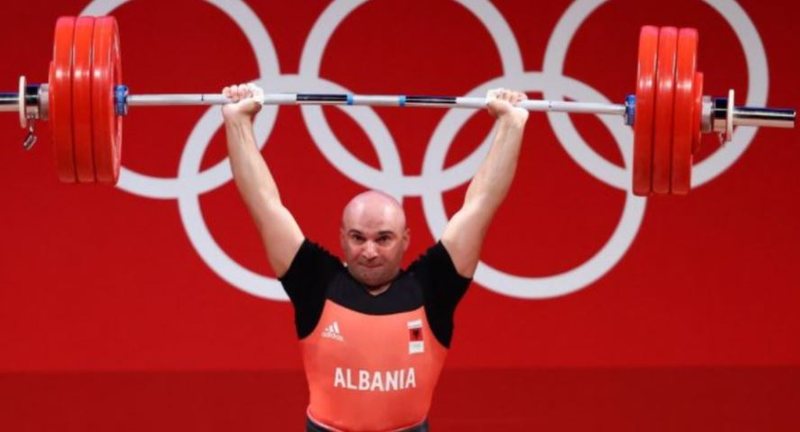 Albania has won another medal in the Mediterranean Games "Oran 2022", where today it secured the fourth medal. This time it is Erkand Qerimaj who has managed to win the silver medal with breakaway.

The weightlifter received the medal in the 73 kg breakaway style, in a competition that did not pass without controversy, where the judges again became protagonists, as the Albanian weightlifter "failed" in the first two tests with 148 kg, while the third test resulted in truth with the weight of 149 kg.

Surprisingly two of the three judges initially considered the evidence irregular. This brought strong protests from Qerimaj, coach Sokol Bishanaku and FA president Elez Gjoza. Then in the review, the judge decided to call it as regular evidence.

This result gave Shkodran the gold at the moment, but in the last test the Italian Mirko Zanni lifted 150 kg, taking first place. This was the fourth medal for Albania in "Oran 2022", as previously athlete Luiza Gega, wrestler Zelimkhan Abakarov won gold medals, while wrestler Islam Dudaev received a bronze medal.