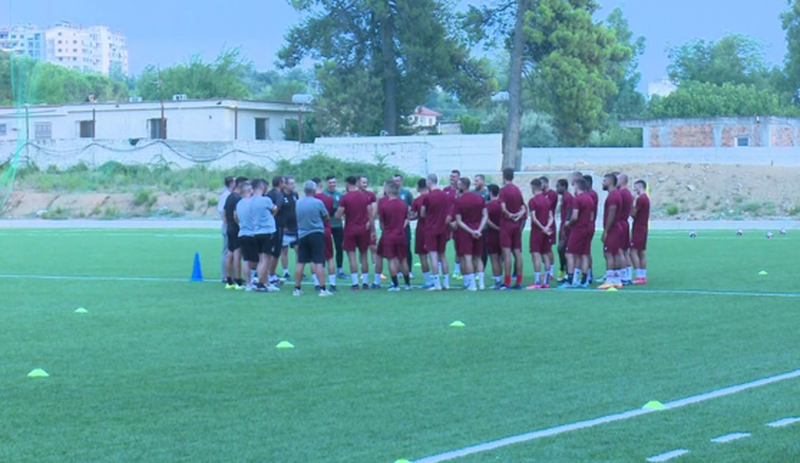 Partizan has made changes to the bench and starts the new season with a new coach. As of yesterday, Giovani Kolela is officially the new coach of Partizan. Only 24 hours after the dismissal of Dritan Mehmet, the "reds" signed the 56-year-old from Salerno, who arrived in the capital and yesterday afternoon led the first training session with the "red bulls". After a short introduction and a friendly chat with the footballers, Kolela lined everyone up to start the training session. The English language is what the players and the coach have chosen to communicate in the future, however what is of more interest is precisely the language of football, which everyone must speak as well as possible before the start of the new season. Mehmet's dismissal, seemingly sudden and unwarranted, as well as the arrival of the Italian, it happened to give another dimension to the team, a new, different spirit, to increase the team's objectives and its expectations in the new season. So when we are only 10 days away from the start of the new season, the footballers will have to adapt to a new coach and new work method. Kolel has managed various teams in the lower Italian leagues, such as Como, Rimini, Vincenza, Siena, Renate and finally Legnano, while recording a two-month experience in Albania, on the Apollonia bench. Meanwhile, Partizan is working on the market to bring in quality players, but at the same time it is discussing the completion of the staff and the creation of conditions for the new staff. It must be said that Mehmet's departure is related to the team's disappointment in the Conference League, where Partizan disappointed against Saburtalos. A relatively easy draw for him against the Georgians, but the Reds didn't make it. The change in the bench was aimed at bringing a foreign coach closer, as it seems from the desire of the president Gaz Demi himself, to bring professionalism to the team and the application of modern football.

Another Albanian signs with Peskara in Serie B

Albanian players in the Italian championship are increasing day by day and are now found in significant numbers at both levels of elite football in Italy, Serie A and Serie B. In the latter, the number of young people playing with the teams has begun to increase. national of the ages. Thus, referring to the Italian media itself, Peskara approached another Albanian footballer after the midfielder Erdis Kraja, who moved to the "Dolphins" on loan for a year from Atalanta. The club that competes in Serie C and wants to return to the second division of Italian football, has secured the services of Aristidh Kolaj. The 23-year-old, who has 8 matches with Albania U21, has been exchanged with Luka Lombardi with the club of Alesandria. Kolaj recorded one goal in 20 Serie B games with Alesandrian last season. Attacking midfielder, who also plays as a striker,