Tite attacks Pochettino: Whoever puts Neymar in the wing play is not a coach but an ass 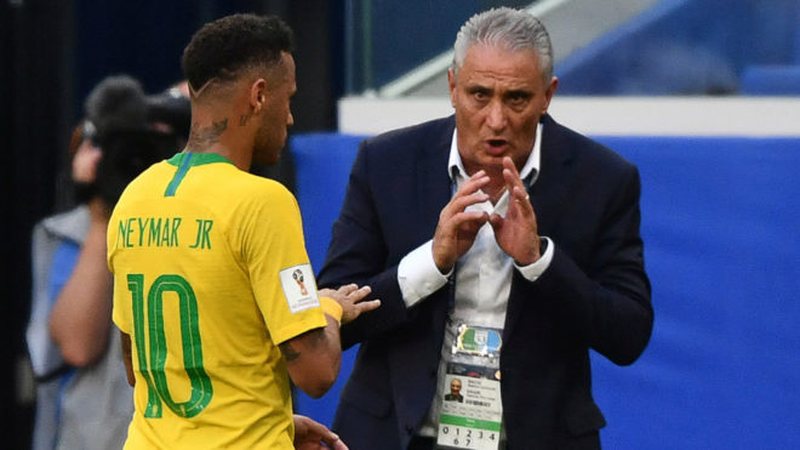 Neymar's days in Paris are numbered. The situation between him and the club has worsened greatly and everyone is waiting for the Brazilian to leave. He is seen as a failure, while the French media believe that Mbape's stance has paved the way for Neymar to leave. On the other hand, his non-fit in the team is related to the weaknesses of coach Mauricio Pochettino. In fact, Neymar closed a season below the expectations of PSG executives, with the latter no longer considering the striker untouchable and in the event of an economically satisfactory offer, then they will accept negotiations to sell the Brazilian. Meanwhile, next to Neymar has come the coach of the Brazilian national team, Tite, who in fact blames Mauricio Pochettino for the player's performance, although he does not mention names. Tite emphasizes that Neymar should play closer to the opposing area in order to highlight the creative side of the 30-year-old. "Neymar should show his creative part as much as possible because in this form he can become decisive and solve a match. "If a coach puts Neymar on the sidelines, then I would call him a 'donkey' because in that position he is very limited," said Tite. The latter has changed Neymar's position with Brazil and now the striker is more active during the game, falling almost all the time in contact with the ball and this Tite, wants to apply to PSG in order to get the best from the former player of Barcelona. Meanwhile, Neymar's problems in the ranks of PSG are increasing, so much so that the Brazilian seems unwanted. PSG has informed Neymar that he does not prefer him in the squad for the 2022-2023 season. The Brazilian has failed to meet the expectations of the French club with the latter who in the summer of 2017 paid a full 222 million euros to transfer the 30-year-old from Barcelona. However, it seems that his adventure has already come to an end and the capitalists are definitely looking to remove him as much as they are willing to negotiate a possible loan, as well as to pay half of the salary that Neymar currently benefits. Meanwhile, the two clubs that have been bent on as an alternative to the Brazilian's future are Juventus and Barcelona. The whites are looking for an effective hit in the market, a figure which guarantees success in terms of marketing and for this aspect Neymar is one of the most appreciated. But, one can not miss a return to Barcelona, ??something that the striker would look forward to,