Tirana in Durrës to compete with the champions, duel with Teuta test before the derby 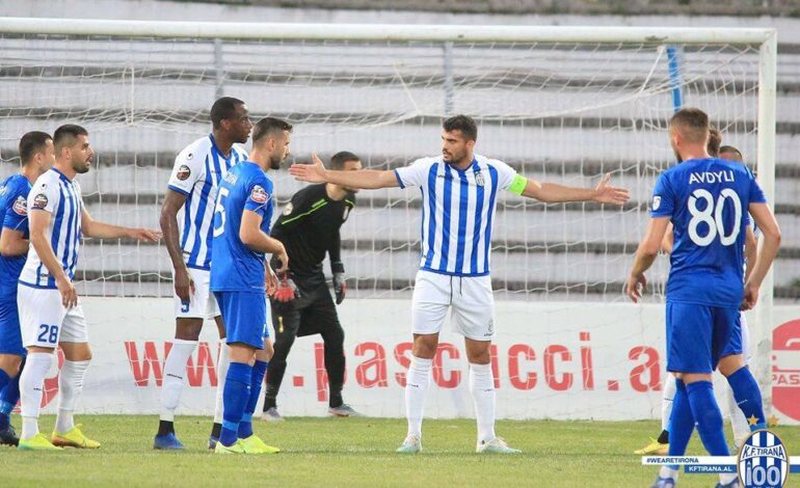 Teuta will host Tirana this week, within the fifth round of the Superior Category. The two best teams of the moment collide, holding the first places in the classification with 8 points each, but with Tirana in first place thanks to a more scored goal (8-4 against 5-3 of Teuta). Of course it is an interesting and very significant match for both teams, practically the strongest duel of this week, although on Monday in Shkodra is also played one of the classic duels of our football, Vllaznia-Dinamo. The match between Teuta and Tirana will mark an important moment of the first phase of the championship, as the groups of both camps that have come to the summer market will be tested. And what is most important for white and blue, is that a week later they will play the derby with Partizan and this preliminary duel with Teuta is seen as the real test, ie the first test of strength for the claims in the championship. It is a duel between two friendly teams of the championship, based on the good relations between these two big football names, but for the ambitions they have, it will result in one of the most interesting and at the same time most difficult duels of this season, where everything is open.

The two teams will face each other on Sunday at 19:45. It is a match where pragmatism and motivation are required, but at the same time two teams with different philosophies and different techniques and characteristics come down to the field. Recalling the words of coach Edi Martini a few days ago that "those teams that beat Teuta go very high", where he referred here to Sherif Tiraspol who beat Real Madrid in the Champions League, the Shkodra coach of the Durrës team reminded that his Teuta does not lose easily , on the contrary, it is a team that should be taken seriously. In the first four weeks Teuta has secured 8 points, not much, but not a little. The "boys of the sea" are a team that does not break easily and are extremely pragmatic in the game. This was confirmed in the duel with Kukës, which they won 3-2, although the Northeasterners on the field produced more football. In short, Teuta is a team that gets the most out of the group and Edi Martini knows his staff well, so he is calm before big duels. The pressure seems to be on Tirana, which a season ago could not even qualify in Europe and consequently will have to push this edition to win trophies. But to win he has to beat rivals and the first strong rival in a row for this season is Teuta. The Durrës team is seen as the strongest test before the derby with Partizan that will play next week. In other words, the team of coach Orges Shehi must prove that he is a contender and on Sunday he will have this chance to show his qualities. The advantage of the white and blues is that Teuta as a host does not play the match in Durrës, because the stadium is under reconstruction, so Elbasan seems to suit him better. Undoubtedly, Tirana is a big name in our football, while Teuta and Martin are a pragmatic team and we should be afraid.