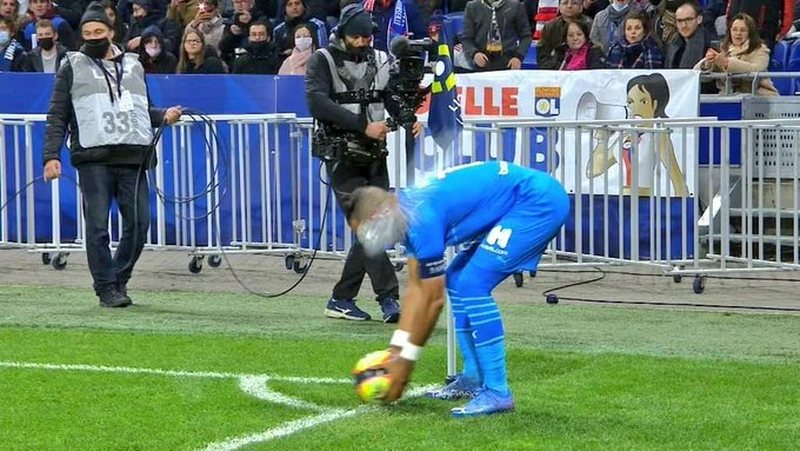 Tensions in the French football championship have returned. The Ligue 1 match between Lyon and Marseille has been suspended since the first minutes after Dimitri Payet was hit in the head with a water bottle. The Marseille midfielder is learned to have received medical treatment after being hit in the head by a full water bottle, which was thrown by Lyon fans from the stadium stairs. Payet is back in the locker room along with the rest of the Marseille squad