"Committed to a new justice system", Prime Minister Rama gives the important message at the Summit organized by Biden (VIDEO)

Albania disintegrates at "Wembley", the English mock the red and blacks and shame them 5-0 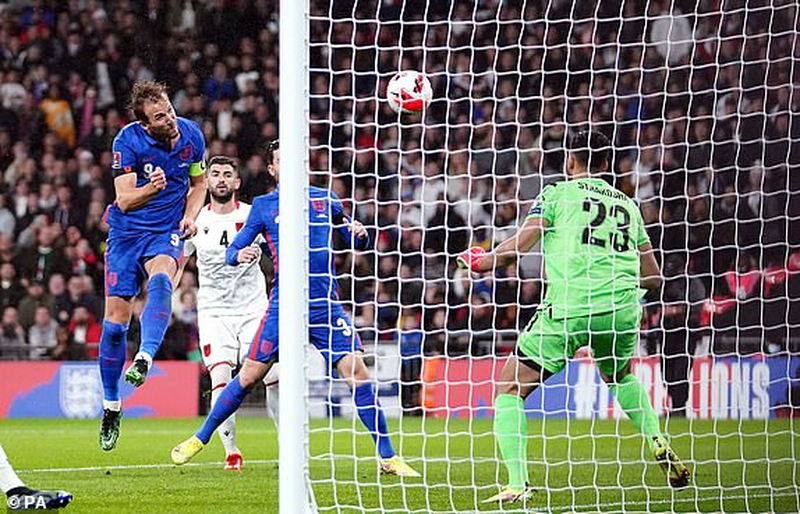 The match between England and Albania, played last night at the mythical "Wembley" stadium in London, started with honor for the former English player Flouers, who passed away yesterday, and then with a minute of silence on the English Martyrs' Memorial Day. Technician Reja had made the only change in the lineup at the gate, as Strakosha was activated instead of Berisha. Further both teams started the game with great momentum, but obviously the better English made the difference in midfield and moved the game in front of our gate, creating many chances. During a corner kick, the ball in the area is hit by Meguajer who scored the lead goal with his head in the 9th minute. The goal psychologically hit our team, which broke down in defense. As if that were not enough, Bare and Kumbulla suffer retreats and are forced to leave the field. Reja replaces them with Durmaku and Laçi. But the English concretize in the goal another attack from their wings. Harry Kane, the main striker and captain of England, is found free in the center of the area and scores without a header at the gate of Strakosha in the 18th minute. Myrto Uzuni appears free in the 20th minute, completely alone in front of goalkeeper Pikford, but takes the ball in his hands. A few minutes later, Cikalleshi made a beautiful shot with his left, but received the English goalkeeper in position. In the 28th minute, the English scored the third goal through Henderson, who avoided almost the entire defense along with the goalkeeper. This goal extinguished the dreams of the red and blacks for a positive result. The English are not enough and increase the offensive force. In the 31st minute, Kane makes a super kick from outside the area, but Strakosha received it just as spectacularly. But Kane does not make a mistake in the 33rd minute, after a mistake by our players, marking with the left from an inclined position. 4-0 for the English in just 33 minutes of play and the Reds look completely surrendered. In the last minute of the first half, after a corner kick, Harry Kane scored a super goal with a shot and 5-0 in the first fraction of the game.

The second half, at least we do not concede a goal

The second part starts with two changes in Albania. The cloud activates Ramadan and Miha instead of Eid Trash. Cikalleshi immediately creates a good chance, but his shot is expected from Pickford. Then the game stabilizes in the middle of the field, where ours take advantage in the defensive game and all this to not concede more goals. The English tried to score more goals, but our defense this time had more clarity. Meanwhile, the attack remained lukewarm and far from pretentious. The team fails to make accurate passes and no longer gives key passes in the offensive phase, consequently its attacking game is read and has no efficiency. After the 60th minute, the English also slowed down and just administered the victory. The efforts of Qazim Laçi and Cikallesh in the last minutes are very mealy and depressing. Our team could not wait for the match to end, which marks one of the heaviest defeats for the red and black team. With this loss, the dreams for qualification officially end. The eliminators close on November 15 in Tirana, against Andorra, at least not to lose the third place we have in the ranking.

Bayern take Barcelona out of the Champions League, snow pushes the "final" of group F Atalanta-Vilareal

Broja: Playing in the Premier League is crazy, I're enjoying this season with Southampton

The brotherhood with 10 people defeats Partizan and threatens the leaders