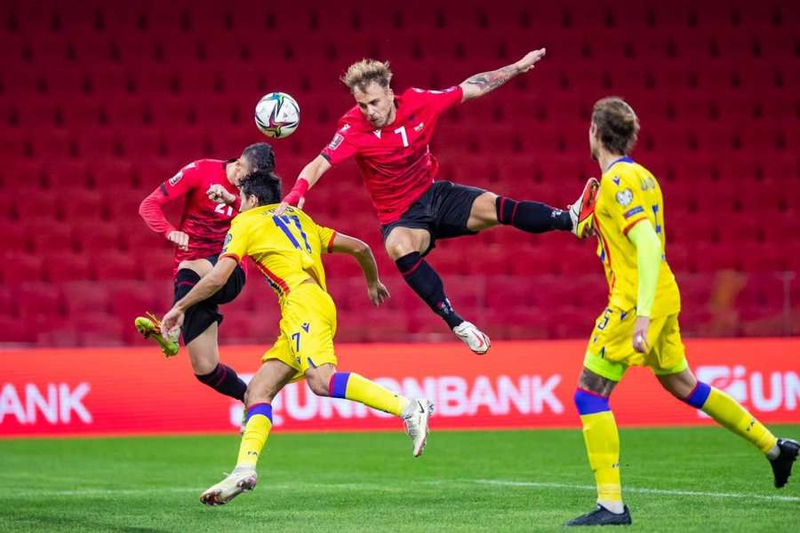 The loss to England last Friday had a significant impact on the psychology of the group, which suffered a lot from the deep 5-0 defeat. This emotional load gave negative effects for the next match, the one held last night in "Air Albania" against Andorra. Undoubtedly, the fact that the field was penalized due to the violent events that took place in the duel against Poland a month ago also had an impact here, so there were no fans against Andorra and this made the atmosphere even colder than usual. The match was the last in the qualifying group for the finals of the World Cup "Qatar-2022", and for our team it was valid for the fact that the third place was not secured mathematically, so victory was needed. Coach Edi Reja suffered the pressure of this meeting. He was also conditioned by the contingent of players, who had many shortages of starters and the coach urgently invited two players from Tirana, Hoxhallari and Sefer, whom he activated directly as starters. The match was not good for the red and blacks in the first half, where there were many mistakes. After some incursions by Roshi in the first minutes that did not have efficiency, in the 15th minute the Andorrans almost scored after Ramadan's mistake, but thankfully Strakosha reacted in time, punching and avoiding the goal. Then come some good moments for the red and blacks, but neither Roshi nor Seferi have the right strength and accuracy in their shots. The best moment comes in the 40th minute, when Qazim Laçi hit nicely with his head, but the goalkeeper of Andorra punched. However, the ball returned to the area did not process properly Uzuni, missing an ideal scoring opportunity. Andorra came close to scoring again in the 42nd minute, but Strakosha responded just as nicely to Rosas' beautiful blow. In the last minute of the first half Hoxhallari crossed in the area and there Roshi hit the head with a fly, but the ball hit the post. The first half closes 0-0.

In the second half, a goal with a penalty is enough

In the second half, coach Reja makes changes, introducing Muçi and Bajrami on the field. The game gets lively in the offensive aspect. Laçi does his homework well and invites ?eki në to shoot, but the sphere hit by the player from Pogradec ends a few centimeters above the crossbar. In the 61st minute, Roshi gallops on the right and crosses nicely in the area, but Bajrami fails to finalize the shot. The next 10 minutes becomes a game with many mistakes of ours, which are not concretized and not harmonized in actions, so much so that they tension the New. However, in the 71st minute, Hoxhallari's cross finds Uzun's head that turns him well, but the goalkeeper of Andorra does the miracle. Corner kick and in the 72nd minute comes the penalty. Uzuni stumbles in the area and the referee awards the 11-meter. There are protests from Andorra, but the penalty is awarded. The hammer shoots accurately and scores the advantage goal. In 76 'Bajrami has the chance to double the numbers, but is selfish and errs in the final shot. The last minutes the red and blacks suffer, as Andorra tries to equalize, but without success. Albania wins 1-0, but completely without brilliance. However, third place in the group is secured. Eliminators generally good for Albania, but Reja's future on the bench is already in doubt.