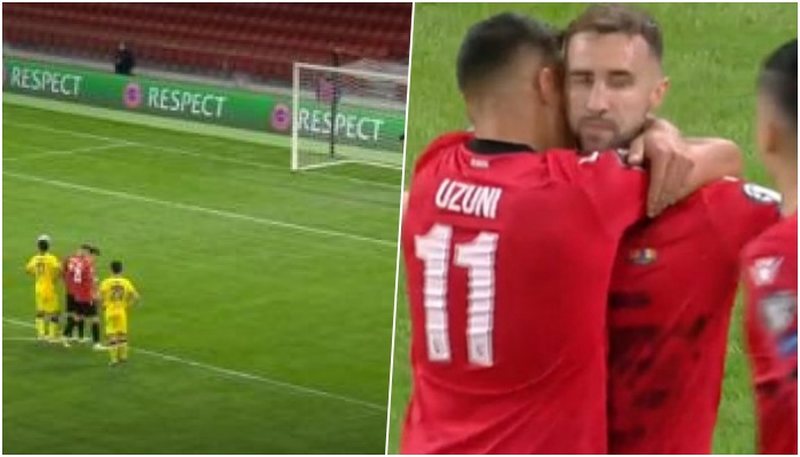 The Albanian national football team has achieved a difficult victory against the amateurs of Andorra.

The "Red and Blacks" defeated the Iberians with the minimum score 1-0 in "Air Albania", thanks to a penalty converted into a goal by Endri Çekiçi in the 73rd minute.

This was the last match of the National Team in the Qualifiers of the World Cup "Qatar 2022".

In 10 matches, Albania managed to collect 18 points, closing the qualifiers in third place.

Meanwhile in the other matches of Group I it is worth mentioning the victory of Hungary against Poland in the transfer with the result 1-2. However, Hungary's victory did not affect second place for the Poles, who will play in the "play off" to secure a ticket to the World Cup.

England, which closed the Qualifiers in first place with 26 points, defeated San Marino with a deep score of 10-0, where four of the goals were scored by captain Harry Kane.

Bayern take Barcelona out of the Champions League, snow pushes the "final" of group F Atalanta-Vilareal

Broja: Playing in the Premier League is crazy, I're enjoying this season with Southampton

The brotherhood with 10 people defeats Partizan and threatens the leaders