Seferi leaves Tirana, he is expected to play in a foreign championship 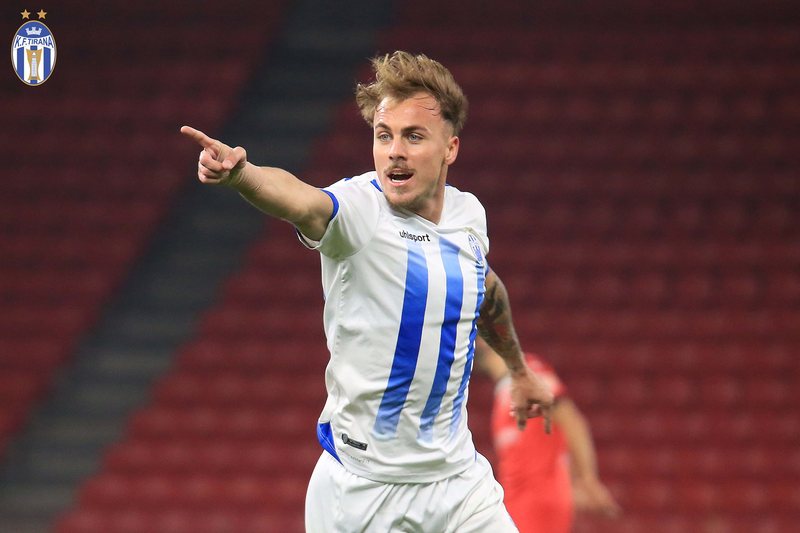 Tirana has problems, which immediately surfaced after the elimination of the team from European competitions. Although it started its adventure in Europe this season in the UEFA Champions League, as the country's champion, Tirana failed to leave any mark against the Luxembourg team Dudelanzh, losing both matches. Then, since the formula predicts relegation from the Champions League to the Conference League, Tirana had a second chance, precisely in the second round of this competition, against the Bosnian Zrinjski, but it did not leave a mark there either, losing both duels and closed its European adventure with four defeats in four matches played, something that had not happened for years. understandably, the situation is heated and some important departures have taken place, so the crisis in Tirana is evident. Two days ago, the president Refik Halili and the leaders of the club arrived at the training of the team, where they discussed the future. Meanwhile, one of the main elements of the group, the one who won the "Golden Shoe" as top scorer, Taulant Seferi, has not been seen in training and the first information speaks of a "divorce" between him and the blue and white club. So Seferi is assured and will leave Tirana, while the latter was hoping to earn a lot from his sale.

The situation at the club and Sefer's absence

It is already clear that Tirana's crisis is not only in the game and results, but also in management, since the club is not finding footballers in the market. This means otherwise that the club does not have enough finances to get quality foreign players, while local elements have accepted new, more promising alternatives. However, Tirana has started preparations for the championship. After a few days of rest in Europe, the blue and white have gathered in "Skënder Halili". On the first day, the absence of Taulant Seferi, who had taken leave, was noticeable, but sources say that the attacker has closed with Tirana and is waiting to sign with a new team. As is known, Enur Totre was not present with the team. The player has already officially left the club. Marlind Nuriu also left the team. Even the right-wing footballer has decided to prove himself elsewhere, as he needs more minutes on the field of play, but Taulant Seferi was missing. The striker was not with the group, while sources at the club admit that he will join the squad very soon. However, other reliable sources for the newspaper indicate that Seferi has finished with Tirana and has already left, even though he may return to the team in a few days. Two days ago, at the beginning of the training, the president Refik Halili appeared in "Skender Halili". He discussed for a long time with Tefik Osmani, while then carefully followed the preparations of the blue and white players who were less in number than usual. At the end of training, Halili met coach Orges Shehi. For more than 1 hour, they talked about the state of the team and the future and the new championship. Meanwhile,