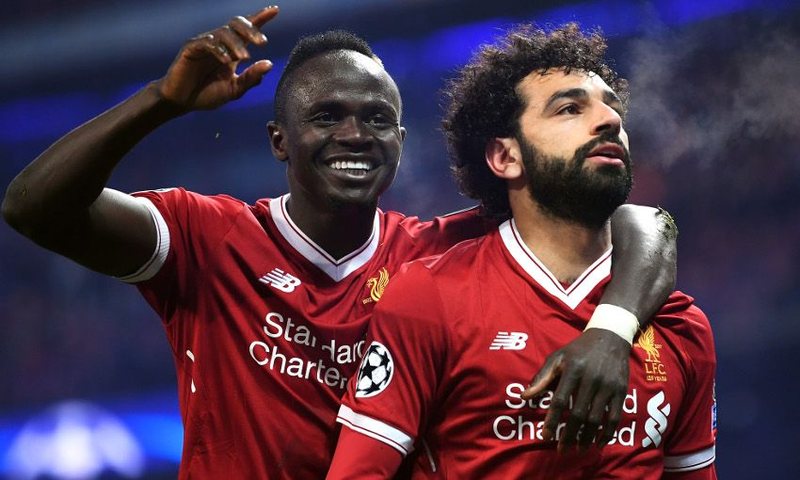 The Egyptian reaches 104 goals scored in the English elite championship, but is "threatened" by Sadio Mane who has reached the figure of 100 goals

Liverpool's reunion with German coach Jurgen Klopp culminated in winning the Champions League and a year later the Premier League title, but this team continues to maintain its elite position in England. Finally, Liverpool got an unbeaten win in the transfer window against Watford, after triumphing with the deep score 0-5, thanks to a triple by Brazilian Firmino and goals by Salah and Mane. The Egyptian scored an extraordinary goal and went to the quota of 104 achievements in the Premier League, thus becoming the African player who has scored the most, after equaling the record of Didier Drogba. However, as the Ivory Coast striker has closed with the football he plays, the Egyptian of "the reds" will need only one goal to keep this record alone, which is threatened by his teammate, Sadio Mane. The latter has touched the figure of 100 goals scored in the Premier League and what makes the statistics of the striker from Senegal more interesting, is the fact that none of the goals was scored with a penalty. Sadio Mane thus becomes the third footballer in the history of the Premier League, to reach the figure of 100 goals, scored with action. While Salah has received the attention of analysts and opinion leaders of the Premier League, his coach at Liverpool has not spared praise for him, calling him even as the best player in the world. Klopp praised Salah after the Reds' 5-0 win over Watford on Saturday, calling the striker the best in the world. Recall that Salah scored a goal and an assist as part of the road, which keeps Liverpool at the top of the Premier League, one point ahead of Manchester City. "He is certainly one of the best in the world right now, but it has nothing to do with me and what I say is the best," Klopp told BT Sport after the game. "For me he is the best. I see him every day and that probably makes it easier for me, but there is Robert Lewandowski, Cristiano Ronaldo still scores like crazy and Lionel Messi. "But at the moment, he is certainly at the top of that list." Meanwhile, Salah's talks with the Liverpool club to extend his contract are ongoing and so far positive work has been done. Mohamed Salahut's agent has traveled to Liverpool to discuss with the leaders of the English club to renew his contract, reports "Mirror". Salahu is excelling at Liverpool and the club leaders are interested in keeping him. Salah's demands are quite high.