Ronaldo phenomenon goes against the flow: Benzema deserves the Golden Ball, he has been playing at a high level for 10 years 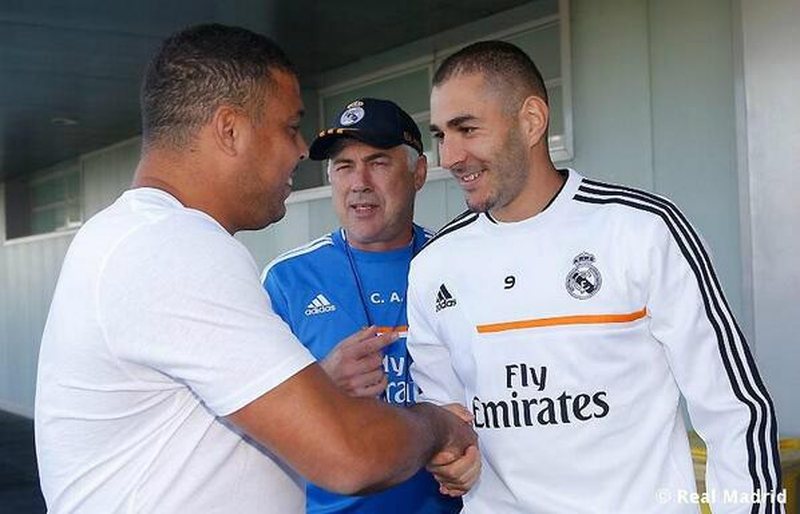 After a while, the awards for the best football players in the world will be awarded, where the "Golden Ball", an award awarded by the well-known magazine "France Football", will undoubtedly receive attention. Undoubtedly, there are many strong candidacies, but the debate about what deserves it has already caught fire, because big football figures have been introduced in the game, who have expressed their preferences. Thus, Ronaldo "Phenomenon" would give the Golden Ball to Karim Benzema. The fight for the most prestigious individual trophy this year seems more open than ever. With the hegemony of Cristiano Ronaldo and Messi increasingly shaky, there are several other candidates. Messi, who won the America's Cup with Argentina and moved to PSG, seems like a natural favorite, but competition is not lacking. European champion with Italy and also with his club Chelsea, Georginho, is one of the most quoted. Then there is Lewandowski, who suffered from a lack of award last year. Ronaldo and Mbape will also receive votes. In recent days, meanwhile, Benzema quotas have been increasing. The center-forward also has the support of some former famous champions. The last is Ronaldo, someone who has won two World Cups and as many Golden Balls. A voice that is worth hearing and, since it is a center-forward, that of Ronaldo is an even more authoritarian voice. His support comes via Instagram, where he writes a short but very significant comment and where he clearly positions himself next to the French striker of Real Madrid. "Undoubtedly, my candidate for the Golden Ball is Benzema. The best striker. At very high levels of 10 years and a champion, don't you think so? ” writes in his profile the former legendary Brazilian striker, rated by the greatest of world football. On the other hand, the Ronaldo phenomenon believes that Kanavaro is also a supporter of Benzema. Its 2021 in fact as a calendar year is of the highest level. 34 goals and 15 assists, but could not win the title in Spain. In the European, he could not reach the final with France. He was relegated to the Nations League where he led his teammates to triumph with two heavy goals against Belgium and Spain. It should not be forgotten that he is French, as well as the magazine that submits the title, which must be said that so far has not held its side. The last Frenchman to win was Zidane in 1998, while Griezmann did not need a World Cup to win. It remains to be seen how much support the "Phenomenon" will have.