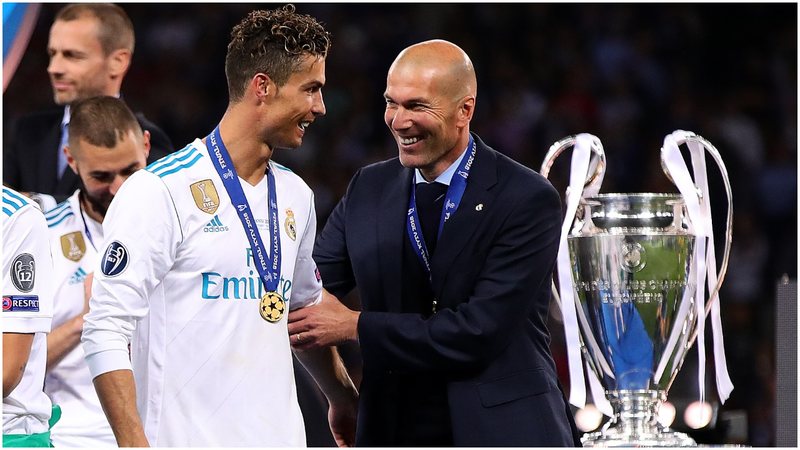 The Portuguese striker is devising changes in staff, as the current coach Solskjaer has his hours numbered. Zidane's arrival is strongly liked in Manchester

Manchester United is not in the positions it would like. Teams like Liverpool or Manchester City have better positions in the English Premier League standings and this is worrying for the "red devils", who, now that they have a player like Cristiano Ronaldo in their ranks, want to succeed in the championship. and in the Champions League. Meanwhile, it is learned from the British media that coach Ole Gunar Solskjaer has his hours numbered on the bench of Manchester United. The Norwegian coach is not managing to get the most out of the group of players, while the expectations of the managers and the fans are high. The big desire for the post of coach is called Zinedine Zidane, who has been on leave since June 30, the date when he left Real Madrid. The leaders of the "Red Devils" are asking for the help of Cristiano Ronaldo to convince the French coach to transfer to "Old Trafford". CR7 has a fantastic relationship with Zidane, under whose leadership he won 3 Champions Leagues at Real Madrid. The Portuguese star is trying to convince his former coach to accept the offer of the English club. An option that does not tempt Zizu too much, who prefers to take over France after the Qatar 2022 World Cup or return to Juventus. Erik ten Hag is another name favored by United executives, while at the moment, the most realistic option for replacing Solskjaer on the bench is Brendan Rogers. Meanwhile, it is learned that Manchester United could lose around 15 million pounds with the possible departure of Lingard, with the winger not wanting to renew his current contract. The player was loaned out last season to West Ham, where he regained his best form and scored nine goals. The Hammers were interested in buying him, but could not pay the milionë 25 million United demanded. Lingard is not in Solskjaer's plans and has been a substitute in most games, so he will not renew and will be free from 30 June. According to the well-known British newspaper, "The Sun", United is now trying to profit as much as possible from its possible sale in the winter market, although its price would be lower. Lingard was currently valued at around milionë 10 million. It remains to be seen what attitudes United will take for the player in question but also for coach Solskjaer, who is now feeling the pressure and "knocking" on the door of the Frenchman Zinedine Zidane.