Reja confesses the absence of Broja and the condition of the group, believes in victory against Andorra 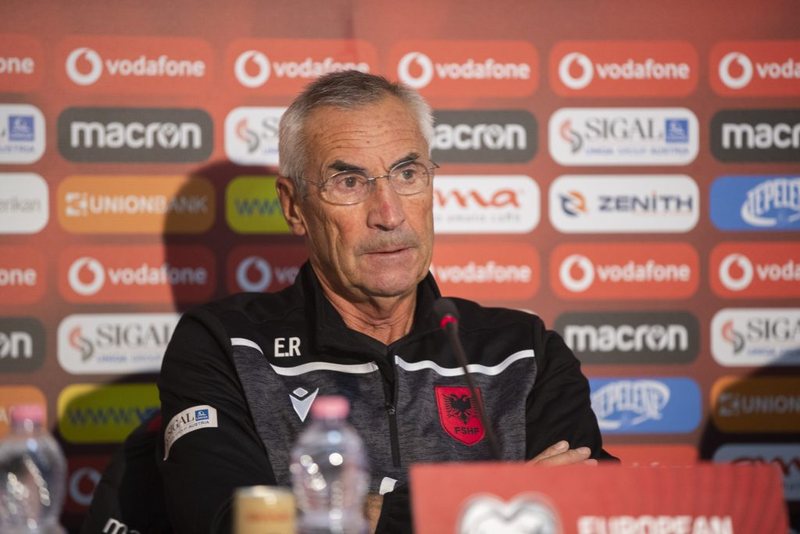 Within the group I eliminator for the World Cup of Qatar of 2022, today will be played the matches of the last round. Albania will play the last duel in the group with Andorra, at the "Air Albania" stadium, but that comes at a delicate moment for the red and blacks, who have suffered a heavy 5-0 defeat with the English at "Wembley" and to maintain at least third place in the group should definitely win this next duel. In yesterday's press conference, coach Edi Reja not only analyzed the situation of the group, but also clarified some doubts that have arisen regarding Broja, or the players who will be activated in this meeting. The coach started it from the loss to the English and its consequences. "Morale was not good after the 5-0 loss. We thought we would perform better, but England is a team with a lot of value in every way. The current team is one of the strongest national teams they have ever had, with quality players and a strong bench. They were very motivated and aggressive against us, they did not let us go out in our game. We forgot that match, we talked to the boys. Find the right motivation to win the match with Andorra. Andorra has improved, we won only 0-1 in their field, we deserved the victory but it was difficult, I also remember the 2-2 draw against Andorra in Albania, one of my first matches. It is a team that has always made us suffer. We need to have the right focus and concentration. We made a mistake with Poland, but we showed value in other matches. We need one last effort to close this qualifying round well. About 10 players are missing, but I have to make the most of the group I have. A motivated team will go down to the field. We need to use the brain, enter the field with the right mentality and appear patient. We must avoid problematic situations. "We have to make a good match and ensure a positive result", said Reja.

Injured Broja, Reja clarifies the situation around the attacker

The national team coach understands the pressure of the public regarding the striker Armando Broja, but he took care to reason that the footballer had asked to leave the collection and return to the club to recover, due to pain in the ankle. "Deputy coach Salihi has seen him, there have been constant contacts, medical staff have had communication. He came the day before the match but was in pain again and asked us to return to the club to continue the recovery, it is so simple, there are no other problems. "I wanted to use it against Andorra, but the player felt problems in the ankle again", underlined Reja. then the veteran coach of the National Team said that the hostage was not only the match with England, but also the decisive duel with Poland. "I have a little hostage to lose to England, but against them you can lose. The key match was against Poland, now to close with victory this phase of eliminators. So far we have done well, but we must continue to do well, the match with Andorra is important. Sure, I understand the criticism after the loss to England, but we faced samples, with an opponent in shape. We must not forget against whom we played ", added Reja.