Reja: We are living a dream, but not to underestimate Poland, mistakes are not forgiven 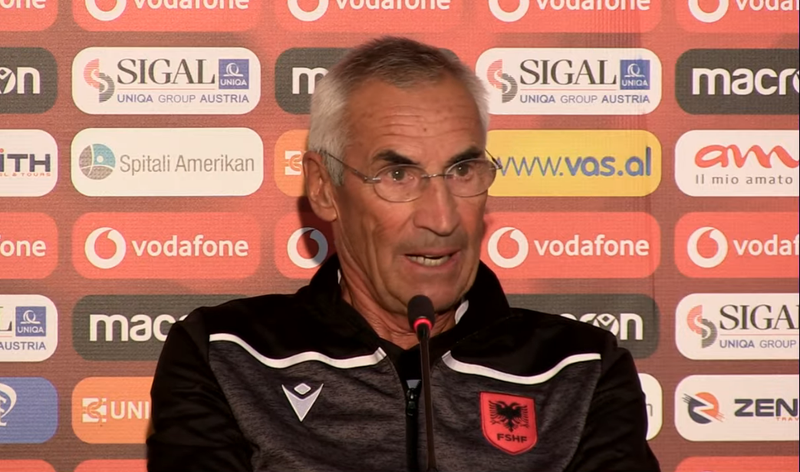 Albania will play tonight with Poland, within the group I eliminator for the World Cup "Qatar-2022". It is one of the decisive matches of our representative in this eliminatory phase, a meeting where only the victory is valid, while the red and blacks are sharpened to play in the "play-off". Coach Edi Reja, speaking yesterday at the press conference, made a retrospective of his attitudes, but also the dream that everyone is living with, that of a possible qualification to the World Cup. "At the beginning of the draw I was not very optimistic, because the opponents are very strong, however we have grown a lot, as we have worked hard during this time. The idea was for us to impose our game, starting the defense with the attackers and doing the pressing. I think to some extent he has come out. We have grown a lot and here we are, in a very interesting situation. Now we are ready to face any kind of opponent to the end and play our chances. For this I want to compliment all the players, who have been made available and have worked hard to grow and improve. I did not think we could go this far, but we worked well and now I can say that we can go much further. Fear of not succeeding is the problem we face and that prevents us from dreaming. We play at home and we have to be as calm as possible, as this is the only way to aim for victory. We have to show personality in such matches, but luck is also an important part and in Poland we did not have it, as a penalty episode hurt us a lot in that transfer. "We have to play calmly and make as few mistakes as possible, to achieve the result we want", stressed Reja.

Poles should not be underestimated and flirting with qualification

Coach Reja further spoke about the game against the Poles. "We have a way of playing that does not change and we have used it in almost all the last games. We have to have control of the game, to aim for victory, however it also depends on the characteristics of the opponent. "For me it is important not to stay in defense, but to attack and try to take control of the game," he underlined. His comment on flirting with the dream of qualification was not missing either. "We have given a dream to Albanians and it is very beautiful, so we must believe. It is nothing accidental, as we deserved this achievement and we will play until the end to make this dream come true. Tomorrow we have important shortcomings, but I never cry, as we have created a very good group, where everyone contributes and solves our situations from time to time. I am sure we will make a very good match and show that we have grown a lot. "We played very well against some big teams, but that tomorrow is very important, as it has the opportunity to allow us to go to the" Play-Off "and we will try everything for everything", added coach Reja. He did not give details about the lineup, but from the way he spoke, he did not leave any doubts that those who played with Hungary would come down to the field, with some small exceptions, or any last-minute surprises.