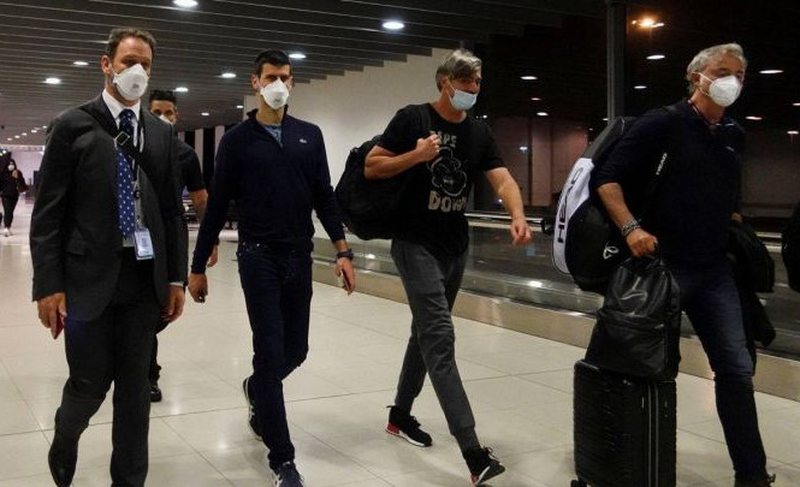 There is no end to the troubles for Novak Djokovic, whose decision not to be vaccinated could cost him dearly in his career. The tennis player was expelled from Australia just two days ago by not participating in the Australian Open, but now other major tournaments may close the doors for him.

The French government hinted that Roland Garros in Paris would also be closed to all those who were not vaccinated, leaving out the Serbian tennis player. But number 1 in the world may remain without the US Open for the same reason.

Two spring tours, that of Indian Wells and Miami, have made it clear they have set the mandatory vaccination rule. Therefore, it is expected that the same will be implemented by the US Open, making the Serbian tennis player practically "non grata" in all activities in the USA.

Thus, the Wimbledon tour in England may be the only hope in 2022 for him to attempt one of the major tournaments. The British have not yet decided whether vaccination will be mandatory for participants or not, and Djokovic hopes that at least there will be no problems.

The strong statement of the chairman of the Feyenoord fans raises the alarm: Tickets were bought by the Albanian mafia! They asked us for 3 thousand euros ...

A big loss! He had a motorcycle accident, the former world champion passed away (NAME + PHOTO)

Who is he with? "They hid my life because ...", Fjolla Morina explodes in revolt: I should have had 4 hands to catch them with ...

Strakosha on Fulham's "radars", Broja will return to Chelsea

Rama for "Tuttosport": We have one of the most beautiful stadiums in Europe, we can also expect Champions

Mourinho surprises with the statement: Tirana final, the most important of my career

Broja says goodbye to Southampton, the German coach decides on the future of the Albanian striker

Tragedy on the green field, the famous football player dies