Nine changes, the attack is entrusted to Sefer / The defense and the midfield are restored, the formation of Albania tonight against Andorra is revealed 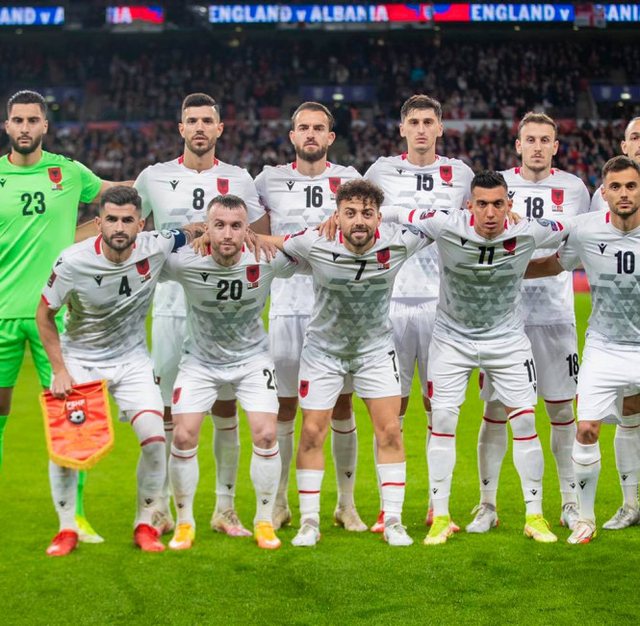 The Albanian national team will play today the last challenge against Andorra for the eliminators. After the deep loss to England, at this moment morale is not the strongest point of the team than Edi Reja.

Andorra is a team that creates problems, plays a very tough football, this is also noticed by the high number of cards and fouls they have received.

Albania needs this three-pointer to achieve a record of points, full of 18. In addition to the morale he does not have on his side, Reja must also think about the many absences that he will have in this match.

It has been confirmed that due to cards, the players Ardian Ismajli, Klaus Gjasula and Sokol Cikalleshi are suspended for the match against Andorra.

While, due to injuries, defender Marash Kumbulla and midfielder Keidi Bare, both injured against England, have left the collection and returned to their respective clubs to continue the recovery.

Also, the other defender, Frederik Veseli, had physical problems after the match with England and with the consultations he had with the medical staff, it is impossible for him to be ready for today's match.

The name of Armando Broja is added to the list of absences, who will not be part of the team for the match against Andorra.

Broja joined the training team the day before the match with England, where he underwent medical tests and held a separate training session to see the condition of the ankle.

The player felt pain again and after the end of the match with England at "Wembley" he asked to return to his club to continue therapy.

The list of the National Team has changed again. Due to numerous absences, the Italian coach, Edi Reja, has called 3 reinforcements in the team.

It may seem a bit ridiculous and not serious, but Ernest Muçi returns to the National Team A. At the beginning of the training camp, he was with the U-21 team, but on the second day he was called by Reja to the National Team A, and after two days of training, went to U-21 again to play in Slovenia.

While now he moves again and joins team A. Another reinforcement is that of Enis Çokaj, who was included in the waiting list, while Taulant Seferi of Tirana was called in the attack ward.

Doubted in terms of elections, Edi Reja will throw on the field a formation with 9 changes from the challenge with England. Only Uzuni and Hysaj are expected to be on the field from the last match.

Referring to yesterday's training, he learns that these players have been tested. Title Etrit Berisha returns to the gate.

The defense lacks all three players who started from the beginning against England and today it is expected that Mihaj, Dermaku and Hoxhallari will line up in the background, while in midfield from the right Odise Roshi and left Elseid Hysaj.

In the center of the midfield, the responsibility will fall on Ramadani and Laçi, while from the first minute Reja is expected to entrust it to Endri Çeki.. In the attack ward, Uzuni is thought to start from the beginning, accompanied by Taulant Seferi. 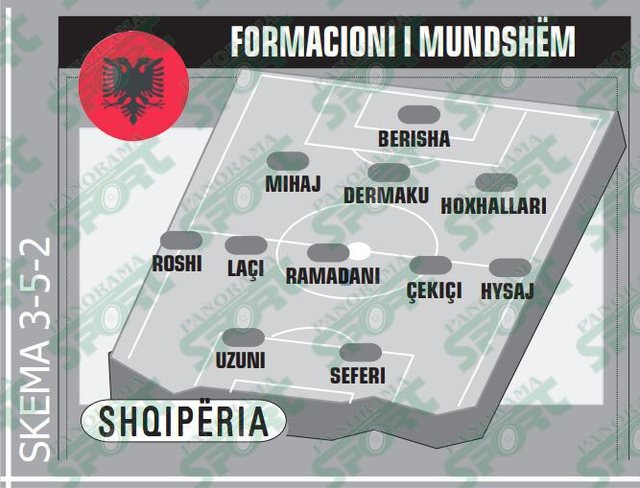 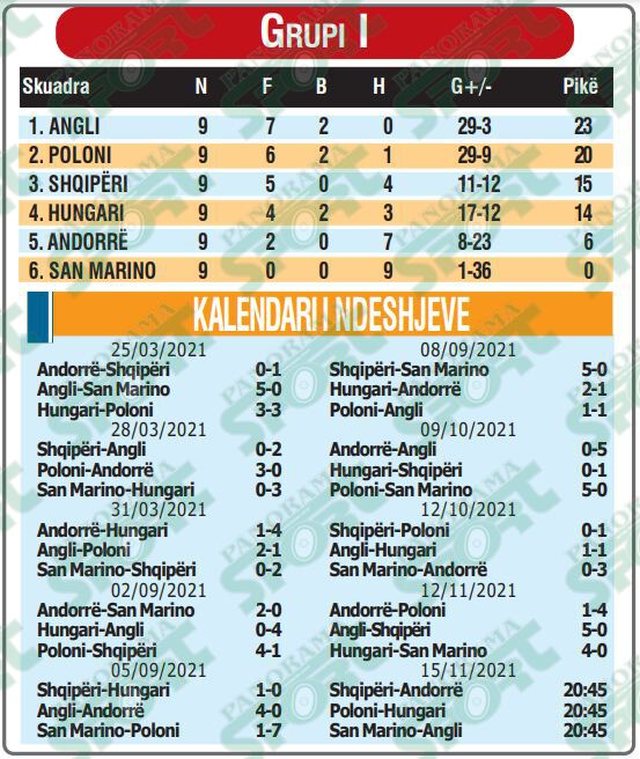