In Paris they are worried about Ramos' condition, the defender does not return this month either 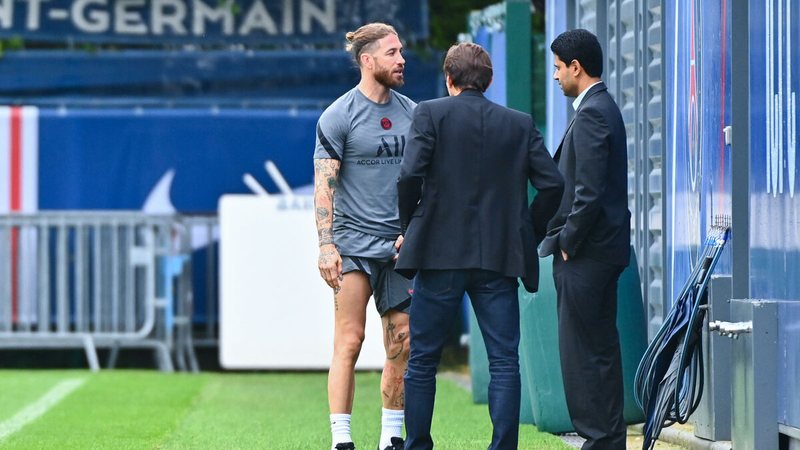 Will Sergio Ramosi return to the field soon or not? This question seems to concern the Paris Saint-Germain club a lot. Although the defender is feeling well and wants to return as soon as possible, the medical staff of the Parisian team is not authorizing his rapid activation, but there is a risk of recurrence of physical problems that could leave him out of action for many months. This is the latest information provided by "L'Equipe", which in this Thursday's report states that Ramos wants to play with PSG, but the medical staff of the rich French club are not of this opinion. If the Spanish defender approaches his activation, the pulp of his left foot could be injured again and this would cause more serious consequences for the former Real Madrid player. "Le Parisien", meanwhile, has been somewhat more optimistic, this newspaper writes that Ramos can make his debut, at best, on October 29, against Lila. He will not play against Angers on Friday, nor against Leipzig in the Champions League, nor even against Olympique de Marseille in the French classic on October 24. Since signing for PSG in July, Ramos has yet to be able to get off the pitch with his new team due to pulp and knee problems. Meanwhile, the PSG club is making financial balances from market movements. On one side stands Messi who has brought in revenue from shirt sales and advertising, and on the other large deficits with other players. Sheikh Al Khelaifi has distributed money through his QSI fund, to enable the club to compensate for the losses suffered by the pandemic crisis. The club has projected a deficit of 250 million euros for the current season and the amount allocated will serve to fill the gap created by the losses. The capital of the PSG club thus increases to 511.4 million euros, while "Le Parisien" recalls that in 2011, when the club sold to the QSI fund, the capital was only 893 thousand euros, a difference that best illustrates the quality hop of the club which has now become a world brand with the approach of big players, the last Messi, which was taken even with zero parameter. The Argentine still has a salary of about 35 million euros a year, but is generating extra income. Only from the sale of T-shirts an increase of receipts by 40% is predicted. It is reported that PSG can calmly cope with the following season, which was aggravated by a deficit of 250 million euros,