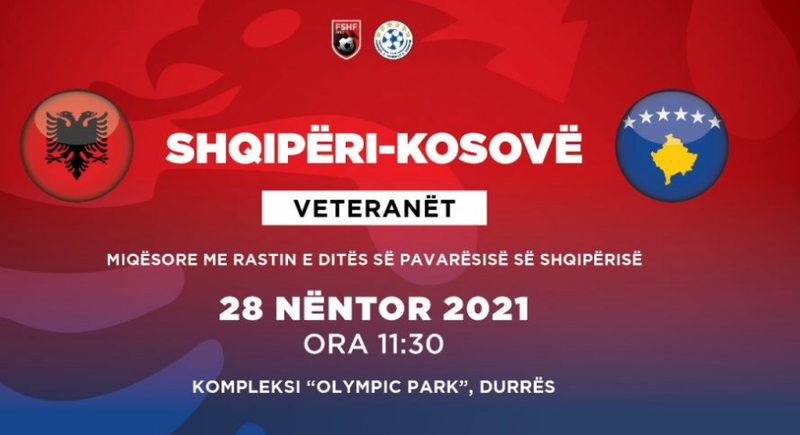 This fraternal match between the two teams will take place on Sunday at 11:30 in the complex "Olympic Park" in Durres.

For this match, both teams have in their composition the well-known names that have left traces in both representatives.

This will be the third friendly for this year between the veterans of Albania and Kosovo. The first took place on February 16, 2021 in Prishtina on the occasion of Kosovo Independence Day, while the second was played on July 23, 2021 in Prishtina on the occasion of the birthday of Kosovo football legend, Fadil Vokrri, and at the end of the match a symbolic trophy will also be awarded to the winning team