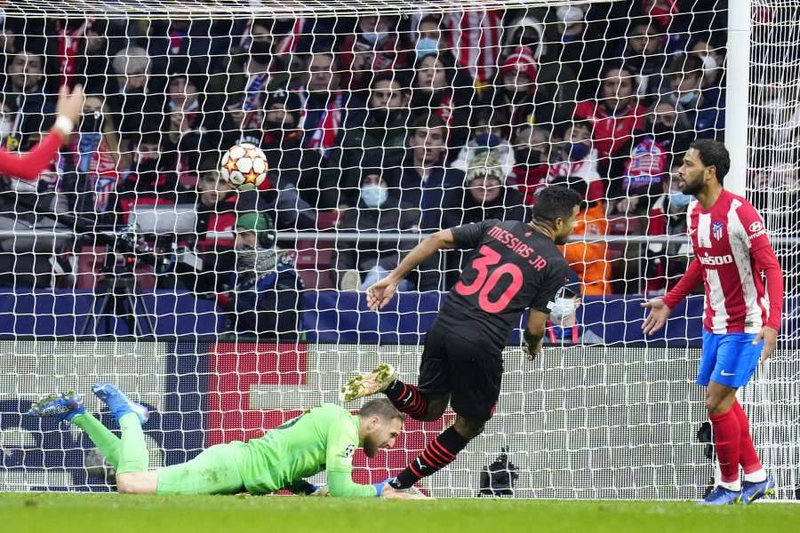 "Citizens" defeated PSG 2-1 in group A. Real and Inter qualify without problems in group D, Milan re-enters the dance and dreams in group B

In Group A, the clash was between Manchester City and Paris Saint-Germain, won by a 2-1 victory over the English. All three goals were scored in the second half. Sterling and Jesus devalued Mbape's goal and City took the lead with 12 points, eventually securing first place. PSG remains second with 8 points, but mathematically qualified. In the same group, Leipzig made the big surprise, after beating Klub Bruzhin in a direct duel, 0-5, and took third place, securing at least one place in the Europa League, but not mathematically that remains a lap from the end . In Group B, Liverpool, who had secured the qualification, hosted Porto last night, which they defeated 2-0. In fact, the fight in this group was for the second place, where Atletico and Milan donated strong emotions. Anyway, a Messiah's goal in the 78 'caused Milan to stun Atletico inside Madrid, re-entering the game for at least one place in the Europa League. Milan plays the last duel with Liverpool, while Atletico and Porto will clash for second place. In Group C, Ajax secured the fifth victory in as many matches, not tolerating anyone and being with merit in first place. The Dutch defeated Besiktas 2-1 in Istanbul yesterday. Also in Group C, a direct duel for second place was the one between Sporting Lisbon and Borussia Dortmund, which gave emotions and spectacle. The Portuguese, who mathematically secure the qualification, won 3-1, while the Germans will be relegated to the Europa League. In Group D, Real Madrid could not afford to disappoint again with Sheriff Tiraspol's Moldovans, therefore beat him 3-0 and grabbed the top of the standings with 12 points. Inter properly resolved the issue of qualification last night, after beating Shakhtar 2-0 and secured a three-pointer that climbed to the quota of 10 points, practically elusive, so the Italian Zikaltri ensure the passage of the group stage. The last round Inter and Real will clash head to head for first place in Group D.