Manaj has a request after the triple: Here is who I want to sign the match ball from 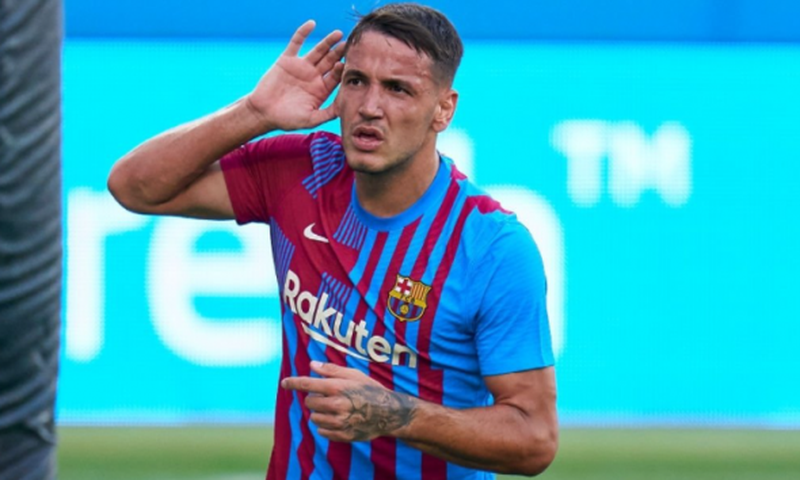 Rei Manaj was the keynote of the opening match of Barcelona's pre-season. The Albanian striker made a dream debut with the Catalans' A team jersey, as he shook the net 3 times during the match.

The rule is that after scoring a hat-trick, the player takes the ball of the match with him, which Manaj is really happy about and says that he will take it together with the signatures of all the players. The 24-year-old has said that now he only thinks of working at Barcelona, ??then I will welcome any decision for his future.

"I am very happy, in the second half we started well and I found the goal. It’s a game to be sure and we need to pick up the pace for the start of the season.

The ball taken with you? It is a memory and I will sign it from all the players. I think I work here and then what will happen will happen.

I am happy with last season, we had a good year and we were unlucky in the "play off". We have to keep working. These matches serve to set the pace. It will be a very long year ", said Rei Manaj.

Historic draw for Vllaznina women, but hell group with Real, Chelsea and PSG