Luka Modric does not know age, Real considers him the best and extends his contract 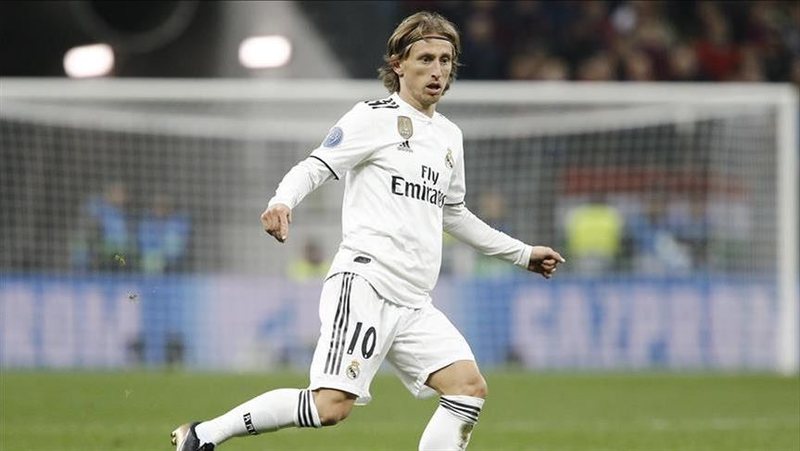 Real Madrid is no longer as efficient in attack as when Cristiano Ronaldo was there and where he won 3 consecutive UEFA Champions League titles. But some of those players are still on the team. Ronaldo and Ramos have left, but Benzema and Modric are in the team. The latter, the Croatian Lukas Modric, continues to be loyal to the Madrid club until the end and the media in Spain talk about an approach to the new agreement that provides for a contract extension for the "Golden Ball" of 2018. In fact, even why with 36 years on his shoulder, Luka Modric continues to be one of the best in the world in his role. The Croatian midfielder is showing both at the National Team and at Real Madrid that for him age is just a number and nothing more. His appearances in recent months have convinced galaxy executives to offer a new contract to the one-time Golden Ball winner for at least another season. With the new contract, Modric expects to be part of Real Madrid at least until the summer of 2023. The midfielder wants to continue to stay at the "Bernabeu", where he is doing quite well. If things go well then Modric would play for the 11th edition with the "Los Blancos" jersey, which would be a record that very few players have achieved. The Croatian was transferred in 2012 as a bet by Jose Mourinho, but it turned out to be a real blow, with the midfielder returning to the pillars of the team for a decade. Modric's goals are to give his maximum contribution in the 2022 Qatar World Cup, as well as to win another title with the Real Madrid team. The leaders of the galaxies have thought to find a successor for the Croatian, as he can not play forever, but it will be difficult to replace a player who counts 402 official matches in which he has scored 28 goals and served 64 assists. Meanwhile, the Spanish media learn that Real Madrid will not make an offer for striker Kilian Mbape during the January transfer window. Spanish media reported on Tuesday that the club's management will wait until June 2022 to transfer the French star for free. Mbape is in the last year of his contract with PSG and will leave as a free agent. The 22-year-old striker will leave the Parisians after he did not accept the extension of the contract. Mbape this season with PSG in all competitions has scored seven goals and made 11 assists.