"Red and Black" ready for the challenge against Israel, "thirsty" Broja and Laçi: I only have victory in mind! 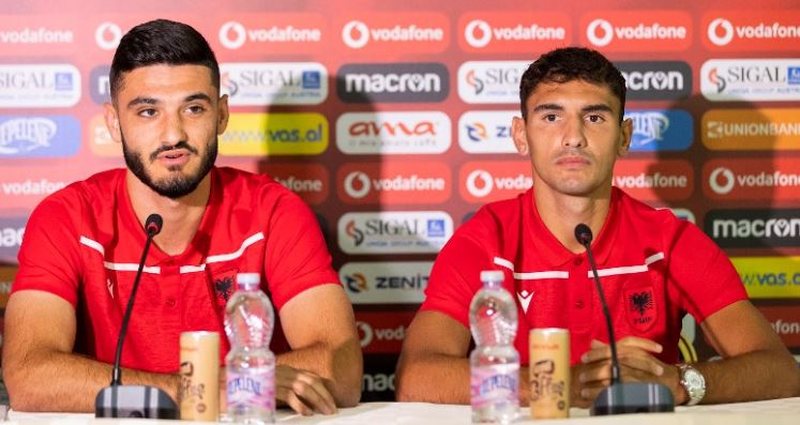 This Thursday, the national team finished the fourth day of training for the challenge in the League of Nations against Isreal, as on Friday morning it will travel to the transfer. The Reds of Reja only need 3 points and the hopes of many Albanians are in the 'bomber' Armando Broja.

"We only have victory and 3 points in mind. I don't have pressure and emotions because I've been playing football since I was 3 years old," said Armando Broja, a football player of the national team.

In June, when we were defeated by Israel in the group, Qazim Laçi was absent, while now the midfielder who is part of the French football elite promises that the situation will be different.

"I believe he can give the team power to recover a lot of balls. We want to be aggressive and this is the football that the coach likes. In training, we worked to put pressure on the opponents as high as possible," declared Qazim Laçi, a footballer of the National Team.

After 2 games, Albania ranks third with 1 point in the Nations League group, while to capture the first place that gives the opportunity to go to the European Championship, a victory against Isreal and at least a draw on Tuesday against Iceland is needed.