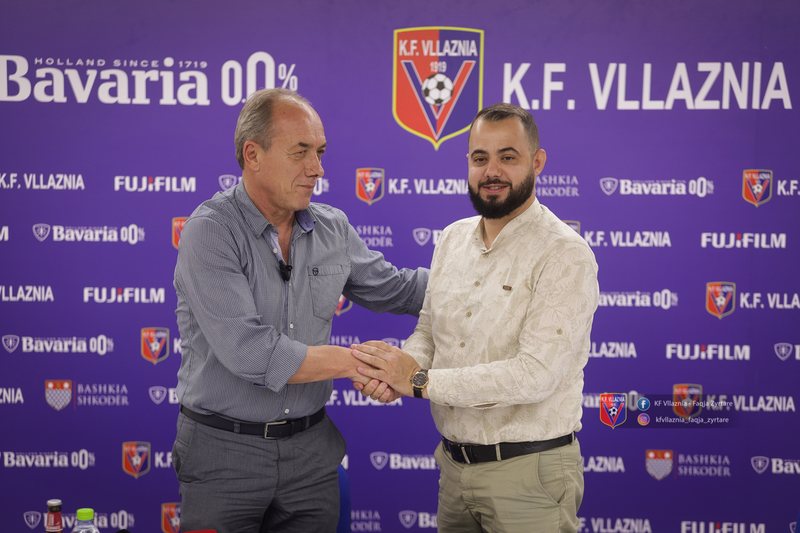 There are few cases like the one in Vllaznia that dismisses the coach two laps before the end, to bring another one at the head of the team, but in this case the move is well understood, as it is about a well-known technician in Superiore. Thus, Mirel Josa will lead Vllaznia of Shkodra for the remaining matches of the season, but also in the project for the next season. Mirel Josa took the place of Elvis Plor for the last three matches of the championship, but also the new season, as yesterday morning he made the official presentation at the top of the red and blue bench. The coach from the capital sits for the third time in his career on the bench of Vllaznia, this time with the mission to give the red and blues the Albanian Cup, in the final against Laçi, a team he led until a few weeks ago. In the first words, Josa stated that he has returned to Shkodra with pleasure and that he will meet the players to start the work as soon as possible for the preparation of the final sprint of the season, with Vllaznia aiming for a place in the European area. "I was not expecting an invitation at the moment, but I accepted it with great desire, despite the fact that we are only three games away from the end of the season. I liked the way the leaders treated me, but at the same time I like Shkodra as a city. I personally have always returned to Shkodra, even as an opponent and I have felt the warmth of the Shkodra public, thanks to the two periods I have led Vllaznia. There is no coach coming for three games, but we have a long-term project with the managers and I hope things go well for us. I do not want to talk about matches, as I have not yet met the team. In the coming days we will discuss them all. I found Laçi built, but I worked for that team. Now I find it interesting that I am here now and I will face them in the final. "We will do our best to achieve the best situation with the players we have and to secure Europe", said Josa.

For José the third truth

Technician Mirel Josa is the most successful coach in Albania as he has collected 11 different trophies, as well as Zihni Gjinali with 5 champion titles, 3 Cups and 3 Super Cups, but none of these trophies has managed to send him to Shkodra in two previous experiences. Josa led Vllaznia in the periods July 2006-March 2008 and October 2010-October 2011, but without being able to win any of the national trophies. The goal of Shkodra is to touch the European area, which can be achieved without any account only if the Albanian Cup is won. Josa has led in his career full of 10 teams, while he has recorded the greatest successes with Skënderbeu and Tirana, while he has also had success in Kosovo with Prishtina. The last team that Josa led was Laçi, exactly the team that will face in the final of the Albanian Cup at the end of this month. The coach from the capital knows the Kurbin team quite well because he led it for six months and this is one of the main reasons why president Alban Xhaferri and the board of directors entrusted Vllaznia to the 58-year-old.

Scandal, Erkand Qerimaj explodes against the judges at the Olympic Games. What happened to the Albanian weightlifter?

Video/ Scandal at the Olympic Games, Luiza Gega was receiving the medal, the Albanian anthem is mixed up