Italy triumphs against England, Hungary turns into a "nightmare" for Germany 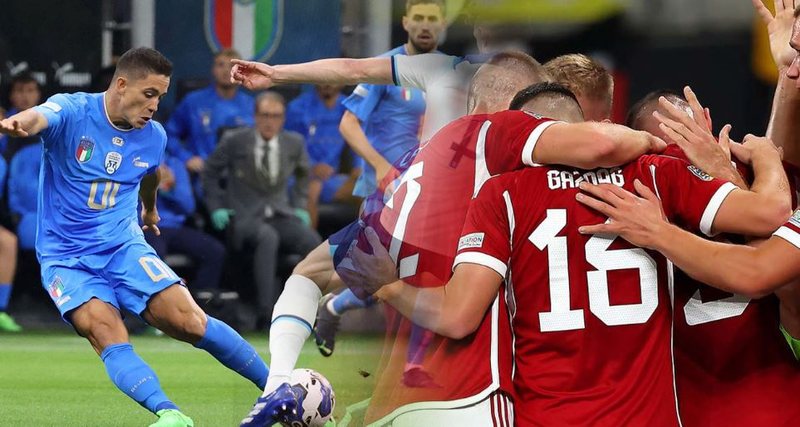 Italy has triumphed in a very beautiful match against England, as the first half was very intense.

The decisive goal did not come during the first 45 minutes, and while the second half spoke almost English, with Southgate's friends repeatedly attacking Donnarumma's goal, but the latter was very careful.

But the miracle for the home team happened in the 68th minute, where an amazing ball served by Bonucci almost from his own area went to the feet of Raspadori and the Napoli striker scored a fantastic goal to give Italy the victory.

On the other hand, what scared Flick the most happened, as Hungary narrowly defeated the Germans.

In the first half, specifically in the 17th minute, the Hungarians take a corner kick and Szalai scored a magical goal from a heel kick.

Messi's girlfriend reveals: From this date he will be a Barcelona player again

The supercomputer shocks football, reveals the exact result of the Benfica-PSG match