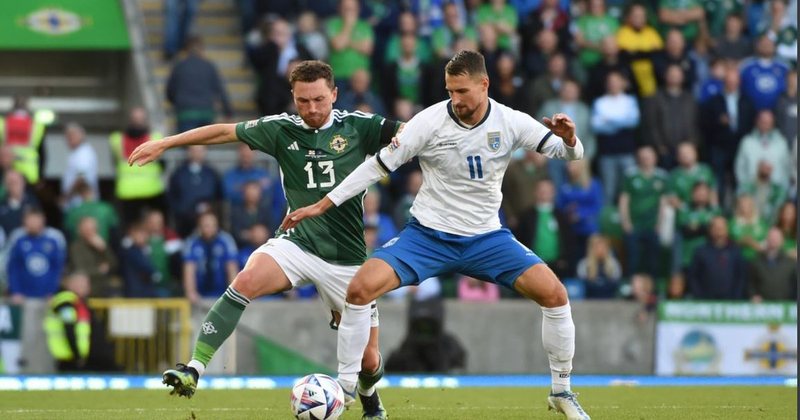 Unlucky Kosovo. The Dardanians have played a very good game in the transfer against Northern Ireland, even though the result is a lie.

After a goalless first half with Kosovo attacking the opposing goal several times, the goal would come only in the second half with Muriq who scored a super goal in the 58th minute.

When it was thought that Kosovo would go towards 3 points, a defensive error cost them dearly as Whyte equalized in the 82nd minute.

But it was not said that the match would end in a draw, as the locals overturned everything as they scored with Magennis in overtime.

With one game left in Group C of the League of Nations, Kosovo holds the 2nd place with 7 points.

The reasoning of the Italian Football Federation is clarified: This is why the punishment for Juventus went from -9 to -15 points

Uzuni shines with two goals, a positive performance for the legionnaires. Learn their grades for the weekend ahead

Serious/ Suffers a heart attack on the field, the footballer dies

Zidane is looking for a new team, and the historic European club appears on the scene

Teuta wins the Cup of Albania in front of Kamza, the trio of FSHB "ballerinas" is envious and "dancing with the stars"!

Pirro Kokalari: Classical wrestling had massiveness and quality, but the politics of the time penalized us in international competitions

Football in mourning/ Suffered a heart attack on the field, the well-known player dies in the hospital

Milan are shocked in the first half, Sassuolo in advantage with the result 1-3

Arab dreams are "broken"! The coach of Al-Nassr makes the sensational statement: Ronaldo will return to Europe