Inter overturn Napoli in Serie A, approaching significantly with the two leaders 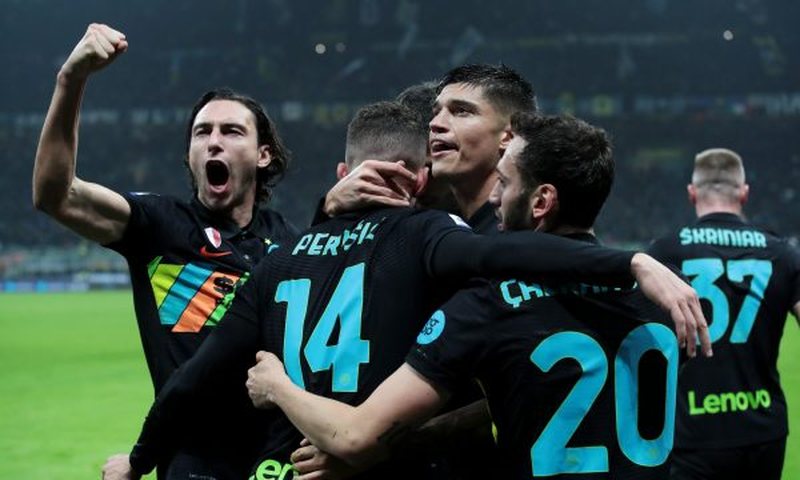 Inter has recorded one of the most spectacular victories in the first phase of the Italian Serie A, defeating Napoli 3-2. The match was played as part of the 13th round of the Italian championship and was a duel that had significance at this stage of the competition for the ranking of the teams. The Zikaltri won and stopped Napoli on the spot, narrowing the gap with the followers, as Inter is already approaching third place with only 6 points away. however, Napoli and Milan hold the top spot in Serie A with 32 points after 13 weeks of competition, while Inter have 26 points, one more than Atalanta who close the top-4 zone in the overall standings. Zielinski was the one who scored for Napoli in the 17th minute, giving the Neapolitans not only the right advantage to control the match psychologically, but also an advantage that would detach them as the sole leaders in the rankings. But with this result does not agree at all Inter that increased the attacking force and managed to equalize with the penalty in the 25th minute, when Calhanoglu was shown quite accurate from the white spot of the 11-meter. The game is somewhat balanced in midfield and both teams after this moment are shown to be more reserved, not jumping into adventure. But the experience of the Inter players gave the right effects at the right moment, as Ivan Perisic scored the second goal for Inter in the 44th minute, causing the Zikaltri to go to the locker rooms in a 2-1 lead. In the second half, in the 61st minute, it was Lautaro Martinez who scored the third goal for Inter, giving direction to victory. Such an overthrow shocked Napoli that it could never recover, despite being able to narrow the gap with Mertens in the 79th minute. After this moment, the result did not change and the match was won by Inter 3-2, which thus got a moral victory and worth three points, which means that it stopped the leader of the race and the difference is now only 6 points with Napoli and Milan. The latter two still share the lead after 13 rounds played. In the other Serie A matches played yesterday, the 2-2 draw between Sassuolo and Cagliari, the victory in the transfer of Venice against Bologna 0-1, as well as the clear and convincing victory of Sampdoria in the transfer against Salernitana, stood out. with the score 2-0. Undoubtedly, Juventus is still far from expectations, because it does not appear even after this week in the top-4, so the lady needs work to capture the European zone this season.