Deep loss to England, Edi Reja: Let's not deny what we have done 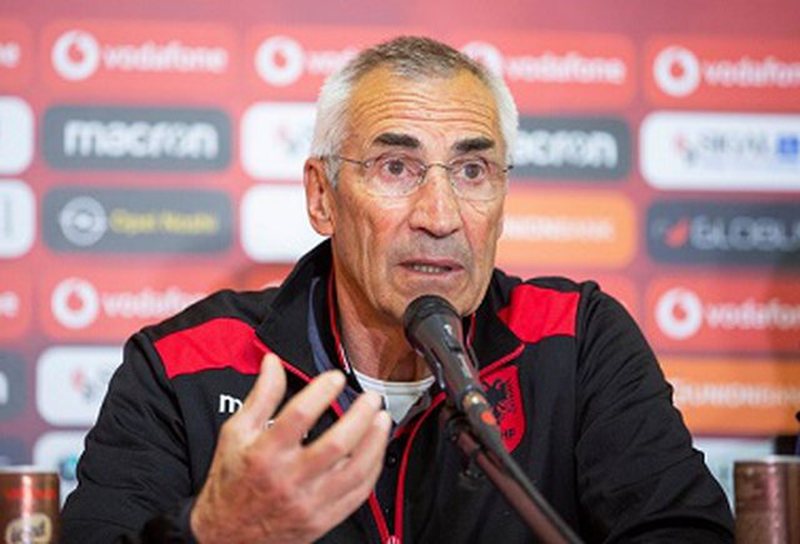 After a deep loss to England, coach Edy Reja returns to speak at the press conference. It will be the last for these qualifiers before a match as it against Andorra closes the group stage of the World Cup qualifiers and for the Italian coach a victory is very important. He wants to forget the last defeat to close in third place in the Group which is anyway an achievement.

How hard was it to raise morale after the loss?

"It is clear that after 5-0, morale is not good. We thought we would do better but we have to take into account who we faced and the best England of all time. They were very aggressive towards us and did not let us play our game. Now we have forgotten, we have talked to the team and we want to do well. "Andorra is a team that poses a risk, it makes us suffer and we have a duty to do well, not to lose our minds. We have only done badly with Poland and we must not reject what we have done so far."

With the big absences, will it be a problem for the challenge with Andorra?

"We have worked in perspective with the new players we have in the group. We have gaps between injuries and disqualifications but we need to look ahead and get the most out of those who are here. Many who have not played against England will play. It will be a new team and we have to find the right way as we have a team that closes ahead. We need to have the right head and mentality and have the patience. "We have to make good matches and score."

How is the truth with the Broja case? What is happening to him?

"We left him at home because he had ankle problems. He came out of the field and had problems, took the medication and came with us, he was a little better and we hoped to activate him. "But the club asked us to stay for treatment and that's it, there are no problems."

With the shortcomings we have, which players will be relied on the most?

"It is clear that the whole team is ready, we need a balanced and motivated team. Taking 3 points we reach an important figure with 18 points achieved is an extraordinary result. Remains hostage to deep loss to England but can stand against them. We have to do well because it is very important and we can reject what we have done. We need to show something even though we can change 6-7 players. those who are here deserve trust, and I trust them. With England we lost 2 players for 10 minutes and it got very complicated, we also had some problems with Poland. We have reached this point but those who will go down on the field will be in 100% of their condition ".