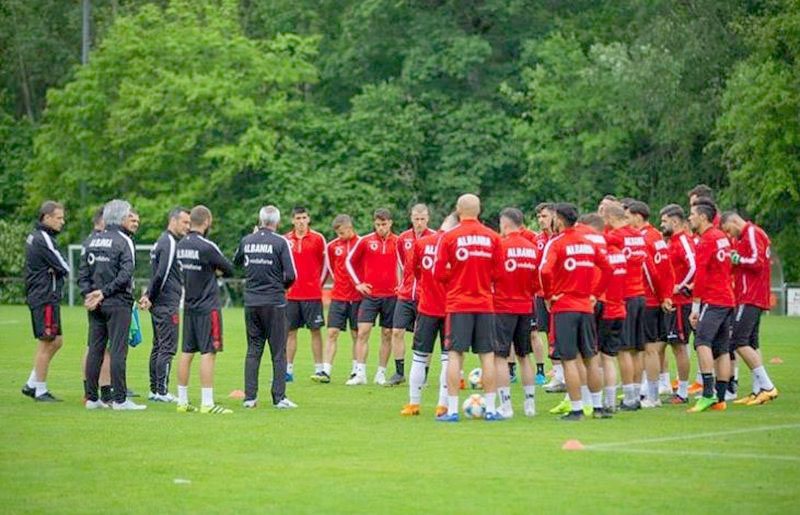 The January market may bring some surprises for the young players of the National Team, who did not get enough minutes during the first phase of the championships where they play. In this period, they are examining the opportunities offered in the market and there are not a few who are expected to move in January, in search of new destinations. Of course, the biggest chances are those footballers who have received a few minutes, that is, they enjoy some activation where they have been able to leave a mark, and this includes Broja, Asllani, Bare, Bajrami, Ismajli, and undoubtedly the goalkeeper Strakosha. Not all of them are young, because some already have experience in quality clubs and are at the peak of their age, but for the representative there remains a young contingent.

Striker Armando Broja is currently the most sought-after Albanian player in the market, even though his playing time with Celsi was short and not enough. For the footballer himself, Chelsea is the ideal club, but seeing the situation that he is not activated enough, he may be tempted by the offers of Serie A clubs, where the first choice is obviously Milan, which aims for him through loan, or in the form of an exchange with some player other in the team. At Chelsea, he received a few minutes from the coach, as he has great competition with Sterling and Aubameyang, so Milan's offer could be a "salvation" for the Albanian's career. Broja is currently suffering from an injury and is in the recovery phase and the club's attempt to loan him to another club for the remainder of the season will be considered and seems like an ideal solution. However,

According to the French media, Marash Kumbulla is in the plans of Lila's coach, Fonseka. It's not really a hint, but it's believable, because Fonseka has known Kumbulla since early on, he was part of Roma when he led the Italian team and he knows his values. In this context, a transfer of Plum from Serie A to Ligue 1 of France is possible. This is reinforced even more by the main argument that Mourinho is not giving the Albanian many chances this season in Rome, leaving him on the bench most of the time. Roma is in a crisis of internal confidence and in these circumstances, the evaluation of the offer from the French Lille is seen as a good option for the red and black defender. the move can happen during the month of January, even though Kumbulla is under contract with Roma.

Skuka intends to play outside

Another National team player who can move in January is Partizan forward Juliano Skuka. The player has been spot on with his goals in the Super League, helping the Reds keep their title claim quotas, but the good form he did in the match against Italy in the last minutes of the friendly, as well as the goal scored in the duel against Armenia, in "Air Albania" shows that Skuka has matured to play abroad. There has been interest and it seems that in January he will move to an Italian club, but it remains to be seen how the offers for the red club will be.

What happened? The director of Al Nassr lashes out at Ronaldo: I paid 200 million, only "Siu" knows how to do

Egnatia does 'bingo' in the market, the defender of the Albanian national team is introduced

Real tried Vlahovic to the end, the market in Spain closes without noise

Manaj can't take it anymore, leaves England and plans to land in Serie A

The market is closed, Tirana and Partizani lose quality, the others more approaches than departures

The future seems clear, Bajrami changes the environment: Tomorrow I will join the new team

The draw of the Spanish Cup, the Real-Barcelona classic is played in the semi-finals

Partizan has forgotten to win, Erzeni can and overtakes Vllaznina

A crisis is accompanying Muriq, he has 5 matches without scoring in Spain