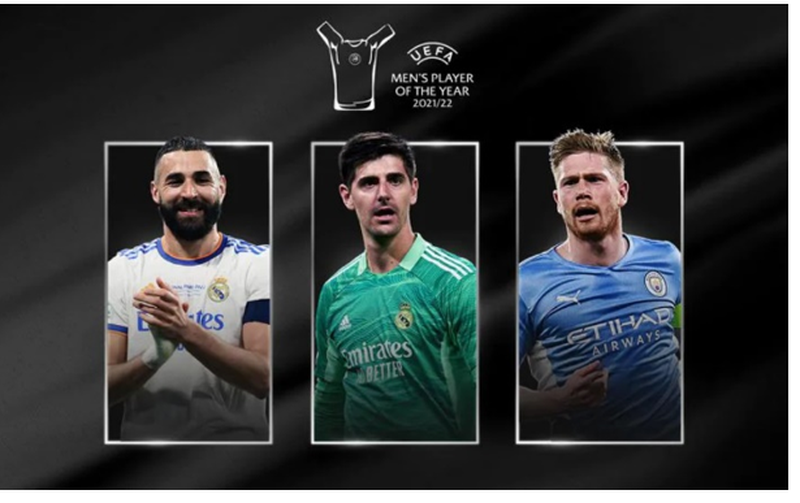 UEFA has revealed the names expected to run for the best player award, i.e. the best player of the season. We are dealing with the nominations, because at this stage the evaluation is at the moment. Of course, Messi and Ronaldo were expected to be included in the list, but they did not win anything this season and have no substantial contribution to their teams. After almost 15 years of dominance, finally Mesi and Ronaldo are not even counted in the list, they are no longer players who make the difference, or players who have left a mark in the season we left behind. Seen in this context, UEFA has given priority to the list of players who have won the most in the season we left behind, either in terms of the championship where they are active, as well as in the European Champions League or other important European competitions. Europe. And Real Madrid is in the spotlight due to the success it reaped last season and Madrid players rightfully feature in the majority of this list. But not all, because one person made the difference and that is striker Karim Benzema, practically the decisive player in Real's success both in the championship in Sanja and in Europe. In fact, there are many Liverpool players included in the nominees list because they were finalists in the Champions League. Karim Benzema, Thibaut Courtois and Kevin De Bryjn are the three main nominees for the UEFA "Best Player of the Season 2021/22" award. The winner will be announced, along with the UEFA Men's Coach of the Year and Women's Player and Coach of the Year, during the Champions League group stage draw ceremony in Istanbul on Thursday 25 August. Carlo Ancelotti,