France defeats Spain in the final and wins the League of Nations, Italy third 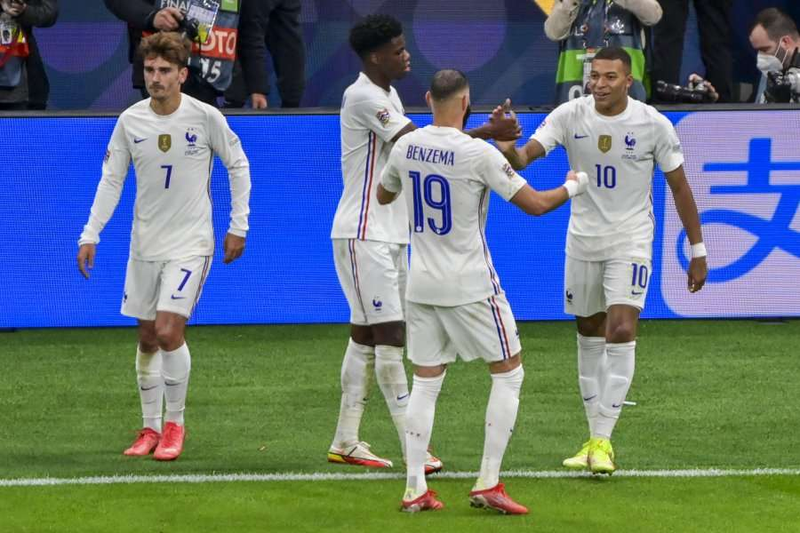 Last night was played the final of the League of Nations, an activity organized by UEFA, among the newest activities of this body, introduced in recent years. This edition culminated with the grand finale, between Spain and France. The match was played at the "San Siro" stadium in Milan, under the refereeing of the Englishman Anthony Taylor. It must be said that the two best teams in Europe clashed in the final, even two teams that enjoy good form and have stars in their ranks. However, the first half did not give any special emotion, as there were few chances for scoring from both teams, also due to the careful game and without much momentum in the offensive line. In fact, Spain played better, dominated game control by holding over 60% of the ball, hit more towards the square and dominated overall match statistics in this faction of the game. Except for two corners and an attempt from outside the area, France did nothing in this part of the game. The second half was another thing, as the teams proved more aggressive. The Spaniards scored in the 64th minute through Ojarzabal after assisting Buskets. But France quickly equalized, precisely through Karim Benzema, in the 66th minute, assisted by Mbape. The game gets fun and both teams play their chances. In the second half, the French were the most demanding, but Spain, coming in good shape, thanks to its game with many passes, proved to be efficient in managing the match. In the 80th minute, Kilian Mbape scored the second goal for France after assisting Hernadez. France won 2-1, winning the League of Nations trophy. Meanwhile, in the duel for third place, Italy defeated Belgium 2-1 and secured a place on the podium, receiving bronze medals. The match was played at the "Allianz Stadium" and was more exciting than the final, as the victory fluctuated until the last moments. The first half ended without goals, while when the meeting started after the break, Nikolo Barella with a volley-shot, miraculously scored at the gate of goalkeeper Thibaut Kurtua. In the 65th minute, Federiko Kieza won the penalty after Timothi Kastanje intervened in it, who was punished with a yellow card. correct from the white spot was Domenico Berardi. Belgium narrowed the lead with midfielder Charles de Ketelaere, but did not turn out to be the turning point goal for the Belgians. The coach of the Italians, Roberto Mancini, became the coach who achieves 30 victories under the leadership of Italy. Belgium remains without a win even after the sixth match against Italy in the big events.