The first phase reveals two players who make the difference, Hoxhaj of Vllaznia and Basa of Kukes 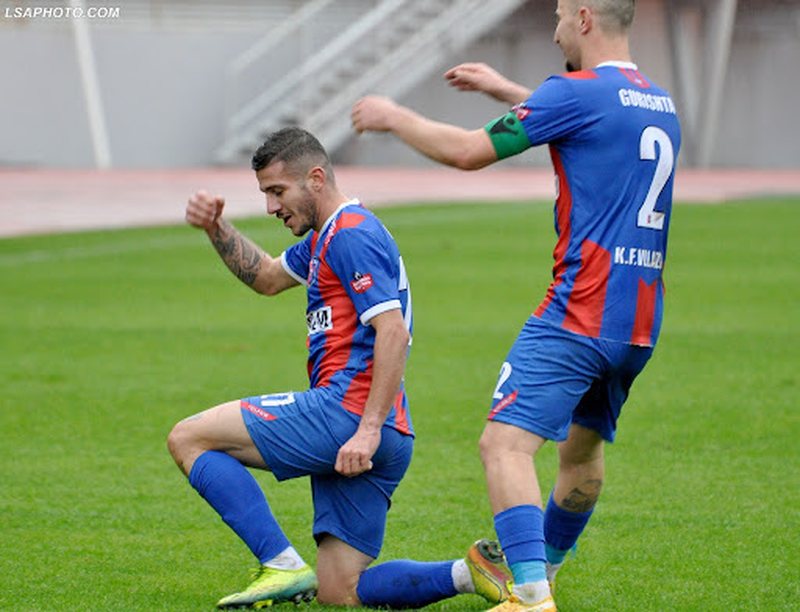 Two players have made the difference in these first nine weeks of the Super League. They are Ardit Hoxhaj from Vllaznia and Edi Basa from Kukes. Their game has weight in the respective teams and the specialists have singled them out for their influence, game and decisive goals. The 3-1 victory over Kastriot has returned the positive atmosphere in Shkodra, where every result of Vllaznia, as a consequence of the great passion for football, is experienced by the fans amplified both in the positive and the negative aspect. The success against the Krutan team has come at the right moment, after some oscillations before the break, and moreover, after the national team matches, Vllaznia has one more strong weapon. Ardit Hoxhaj returned with a double, which gave the final direction to the match, just a few days after he scored against Pogradec, rival against whom he scored even in the first challenge of the Cup, a confirmation that he is finding the best form. Last season was undoubtedly the revelation of the Shkodra team, with Vlora having the best season of their career, 12 goals in the championship that greatly influenced the positive season of the red and blues, who fought for the champion title until the last moment, and won the Cup of Albania. Appearances that gave him the love of the fans but also offers from abroad, with the 27-year-old choosing to stay loyal to the red and blue club that rewarded him with a new contract. Returning after injury, the striker significantly increases the attacking potential of Berdaric's team, and even the competition for teammates. With a Hoxhaj in shape, the goal options for Vllaznia are definitely bigger. Meanwhile, Vllaznia currently sees itself in third place with 13 points,

Basa, crucial for the performance of Kukes in Superiore