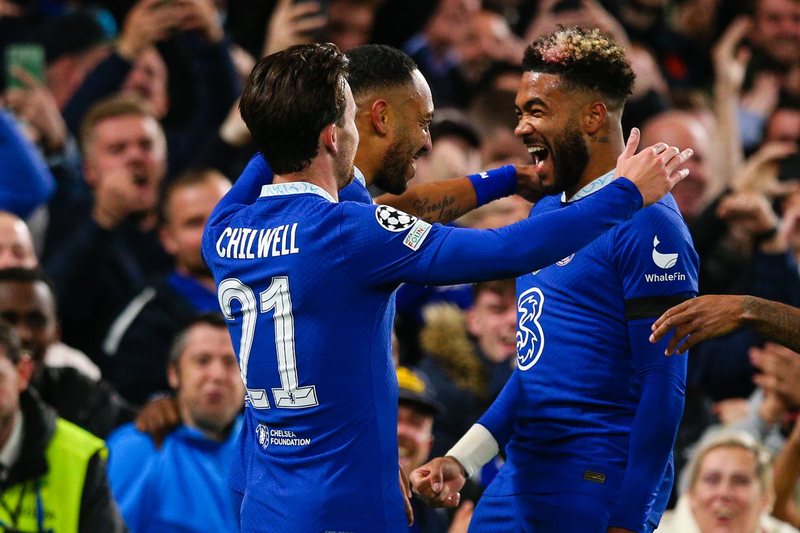 The main goal of yesterday evening in the third round of the Champions League, was the one played at "Stamford Bridge" in London, between Chelsea and Milan, a match where both teams want the first place in group E. In the first half, the Italians dominated in keeping the ball, but the English were more dangerous in the created chances. Fofana made the difference in favor of Chelsea with his goal scored in the 24th minute. In the second half, Milan initially tried to change the course of the match, but found themselves exposed in the background. Aubameyang scored the second goal in the 56th minute and then Xheimas tripled for Chelsea in the 62nd minute. Two quick goals for the English that paralyzed the Milanese game and put the Italian team in an organizational crisis. Chelsea won 3-0. And in group E, yesterday's victory of Salzburg against Dinamo Zagreb, 1-0, gave the Austrians a good chance of claiming a qualification spot, although it is still too early to tell. In group F, Leipzig scored an important victory last night, after beating Sëltik 3-1 and reopening the hopes of qualification. In this same group, Rodrigo in the 13th minute gave Real Madrid the lead in the duel against Shakhtar, while Vinicius doubled in the 28th minute. But the Ukrainians narrowed at the end of the first half with Zubkov. In the end, Real wins 2-1. In Group G, Pep Guardiola's Manchester City destroyed Copenhagen with a 5-0 scoreline. Erling Haland shone again in this match, scoring two goals in the first half. In this same group, Dortmund faced Sevilla in the transfer, excelling with three goals in the first half. The Spaniards narrowed in the second half, but again the Germans scored and won the match with the numbers 4-1. In Group H, Leo Messi scored first for PSG, but a Pereira own goal made Benfica draw 1-1 inside the first half. In the second half, there was no change in the result. In this same group, Juventus faced the Israelis of Maccabi Haifa. The Italians had disappointed in the first two meetings, but yesterday they convincingly won 3-1 and revived the hope of a qualification.