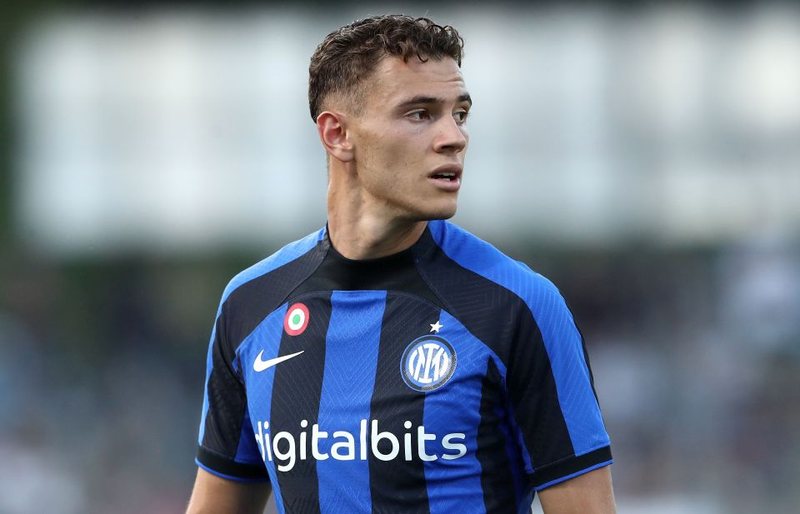 The majority of specialists in Italian football think that the purchase of Kristjan Asllani from Inter has been a big and valuable blow in this summer's market from the black team and they believe that the Albanian footballer should be given the opportunity to play, that is, to earn as many minutes as possible. Meanwhile, in the last few days, Roma has requested 20 million euros for the sale of Marash Kumbulla, while in England they want Broja in Chelsea's formation as a perspective striker. In Serie A he was undoubtedly one of the most technical players Italian football could have seen, but the former Sampdoria captain and striker's misfortune was his involvement with cocaine, which saw him banned on two occasions and it ended the career as a profession. But Francesco Flaki can excite the analyst and very well even, as far as the Inter market is concerned, he has praised the purchase of Kristjan Asllani. "This boy has important qualities and he showed it immediately. It is new and has a kind of continuity to admire. Giuseppe Marota has seen correctly for the future and in the function of Marcelo Brozovic, to have a worthy replacement. However, for Asllani to give and improve his performance, it is important that he plays, because only by spending minutes you can grow", he emphasized.

The plum will be sold, Roma wants 20 million euros

National team defender, Marash Kumbulla, can leave Rome this summer after the Italian club put a price on him. "Tuttomercatoweb" informs that Rome is demanding 20 million euros in compensation to release Kumbulla. Another team from Serie A, Torino, has recently shown interest in the 22-year-old. Kumbulla has a contract with Roma until 2025, while he joined this team two years ago from Verona.

The pressure on Chelsea increases, the majority wants Broja to stay

Armando Broja is getting the attention of specialists in England. Some see him better at a club where he can play regularly, while on the other hand there are personalities who think that the next step of growth is to prove himself if he can break into the Chelsea first team. One of the latter is former striker Noel Whelan, with a past in teams like Leeds and Coventry in the English football elite. He argued for "Football Insider" that Chelsea should give Broja an opportunity. "He has shown what he is capable of doing in the Premier League. The loan at Southampton showed that. There is interest from other clubs who have seen something in him and Chelsea must see for themselves. Perhaps they won't need to go out and spend £50-60m on a new striker if they have one ready. But he should be given a chance. I think it would be criminal if they didn't. He is a Chelsea player, there are clubs interested, why not try him? When you have someone willing to score in the Premier League, they need an opportunity. Players like Werner were given that chance, Broja was not. Now it's time to see what he can do", argued the former striker, who in his youth was part of the U21 England team.