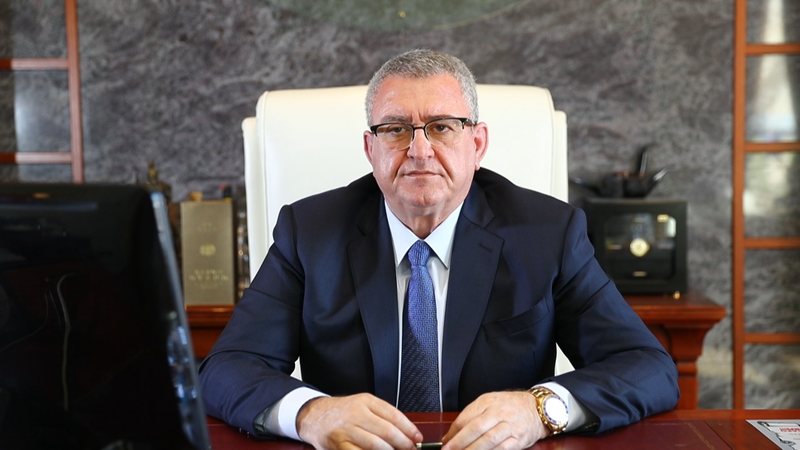 The head of the Albanian Football Federation, Armand Duka, has given a long interview for the UEFA magazine, "Direct", where he has expressed his views on the developments in Albanian football, and at the same time has revealed some of the secrets of his daily life. There was no way to miss in his stories the emotional part for the most beautiful matches of the representative and where Duke chose the duel with Greece on September 4, 2004, as well as the goal of Mërgim Mavraj in 2015 against Armenia. As for the national team, my favorite memory is the phenomenal victory of Albania 2-1 against Greece immediately after the Greek team was declared European champion winning "EURO 2004". The most beautiful goal? In fact, I saw a lot of beautiful goals, but the one I enjoyed the most was the goal scored by defender Mërgim Mavraj in the match played at "Elbasan Arena" against Armenia (in the EURO 2016 qualifiers). It was beautiful, because it was very important for our journey towards the finals of the European "France 2016", said Duka.

Among other things, the head of the federation spoke about the UEFA "Hat Trick" project and the impact on Albanian football. The major infrastructural changes that have taken place in Albanian football in the last two decades are the result of the extraordinary assistance of the "HatTrick" program. Thanks to this program we managed to build the first training center of the national team, we improved the condition of over 12 stadiums throughout Albania, we managed to install lighting systems in many stadiums. Today thanks to this program we have 3 new stadiums and at the end a quarter. The Grow project has helped us a lot in one of the pillars of our strategy for the growth of Albanian football. Children's and girls' football are our priorities for this 4-year-old. This project extended to 286 9-year schools and more than 20,000 children had their first contact with football from Grow. "I can not but express my maximum appreciation for the work and the direct impact that these two major UEFA projects have had in Albania", he added.

Football projects in collaboration with UEFA and FIFA

Speaking further about the cooperation projects with UEFA, Duke focused on some serious achievements in infrastructure. "It seemed like a dream to me when I met the national team at Euro 2016. At the same time it seems incredible when I enter our national stadium, and I wonder if we really did it. In fact it is not a dream, but a reality. It is the fruit of the policies and strategies of our federation, of joint projects supported by UEFA and FIFA and a reward for the commitment and professionalism of our administration. In these years we have built 49 football fields, 81 mini-football fields, 59 stadiums have been reconstructed and in 8 stadiums we have financed the lighting systems. In these years we completed the construction of 3 new stadiums and we are concluding the fourth. We are implementing a very ambitious project for women's football, which aims to increase the involvement of girls in football. "Our next project is the construction of 100 training fields with natural grass throughout the country", concluded Duka.

Sad! One of the best former strikers of Liverpool is passing away