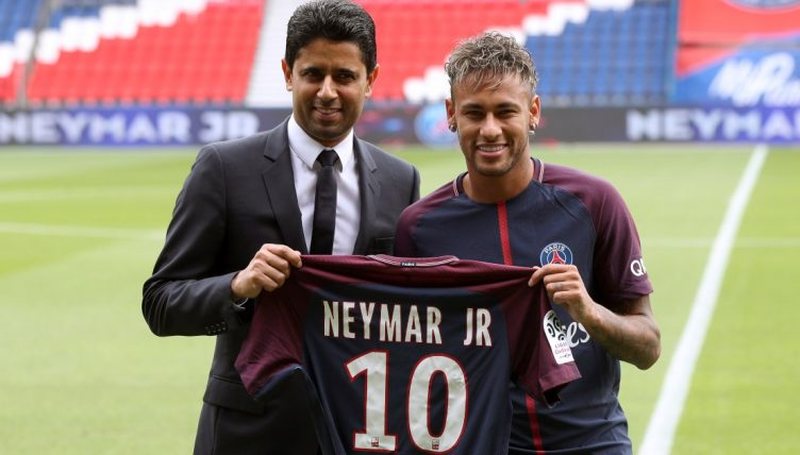 In the history of football, the value of the transfer of players has changed a lot, where only a part have left long-term traces. There have been no shortage of sensational transfers this summer, with Manchester City transferring to the "island" Erling Haaland from Borussia Dortmund, Darvin Nunez from Benfica to Liverpool or the return of Romelu Lukaku to Inter. However, despite these movements or names, this year's market seems far from the scary "records" set years ago. Of course, many factors have influenced this aspect, the main one being the direct impact of the Covid-19 pandemic. But who are the 10 most expensive transfers in football history to date? The list is headed by Nejmar, who left Barcelona for Paris Saint-Germain in the summer of 2017. with the French who shocked everyone with this transfer that touched the total figure of 222 million euros. The second on the list is again an expense of the champions of France, Kylian Mbappe who was transferred to Paris from Monaco for the total amount of 180 million euros. The podium is completed with Zhao Felix. The Portuguese was transferred to Atlético Madrid in the summer of 2019 for 126 million euros, much of which was collected by Benfica. In fourth place is Coutinho from Liverpool to Barcelona, ??with the Catalans spending 160 million euros, while in fifth place is Griezmann for the value of 120 million euros from Atlético to Madrid to Barcelona. Last year, in the 2021 summer market, the record transfer was the purchase of Jack Grealish from Man. Siti, with "Citizens" who spent 117 million euros on Aston Villa, currently the 6th most expensive transfer in history. As well, last year another blow was the transfer of Lukaku from Inter to Chelsea for the amount of 115 million euros. Then they are listed, Dembele from Dortmund to Barcelona for 105 million euros, Pogba from Juventus to United for the amount of 105 million euros and finally, in 10th place, Gareth Bale in 2013, from Tottenham to Real Madrid, with Madrid who deposited 100.8 million euros in Londoners' coffers. Meanwhile, returning to Nejmar, we learn that despite the speculation about his future, it seems that Nejmar will remain at PSG for a long time. "L'Equipe" reported today, on July 1, that the Brazilian's contract was automatically extended. According to the contract, this automatic renewal is valid for two dates, July 1, 2021 and July 1, 2022, so the renewal took place yesterday according to the clause.