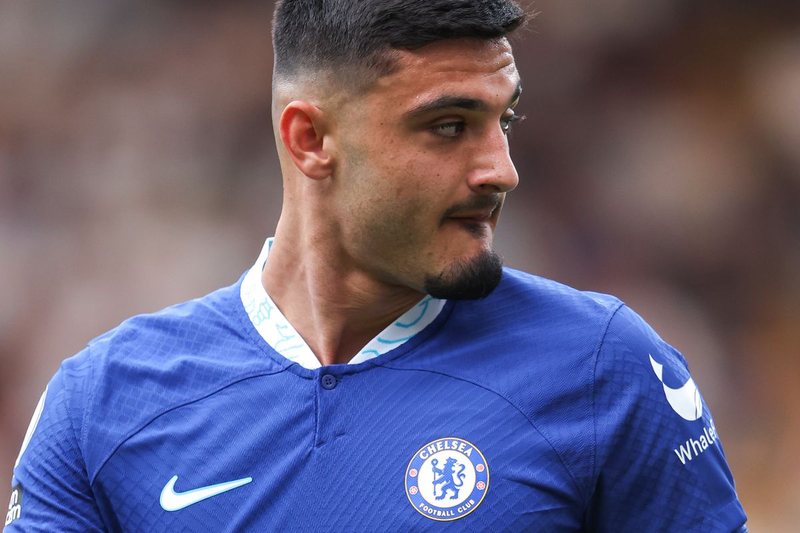 The summer market that we left behind brought surprises for some players of the National Team, who chose to change environment and some are satisfied with their movements and the new destination they have chosen. But the main focus of the summer we left behind was striker Armando Broja, who ended his loan spell with Southampton and returned to Chelsea in London. The player waited until the end for a good offer and for Chelsea to sell him, but the English club itself showed no interest in selling a talent like Broja, setting a very high price. Even though there were many interested clubs inside and outside the Premier League, Chelsea still chose to keep him for himself, even former coach Thomas Tuhel called him a necessary player for the long season of the English blues. Under the circumstances,

Milan's attitude Referring to the Italian media that cite sources close to the player, it is said that Broja is a target of the Italian club in the summer of 2023. Milan has reason to be focused on Broja, because in the ranks of its squad there are two "wedges" of already old and Broja, in terms of physical qualities, approaches them and could be a good continuation. Zlatan Ibrahimovic and Olivier Giroud, 41 and 36 respectively, cannot play forever. Even from the physical side, they cannot handle the load of a season that at least guarantees Milan 50 games. Even with the current conditions, the managers have learned a lesson as the only one in the advanced package in usable condition is nu mri 9. Ibra returns in January, while Orixi has not played as expected. Maldini's desire is to bring in a big centre-forward. The red and black director will not ask for a player for 10 million euros, but will make a 30-40 million shot, practically the value of Broja. The player's age is in line with what Milan is looking for. Concern While the transfer of Broja from Chelsea to Milan next summer is seen as an ideal option for the player and the Italian team itself, it seems that there are many elements that make such a transfer impossible. It is known that Italian football has its own philosophy, a football tactical school which is different from English football. Broja has played in the Netherlands and England, so his adaptation to Serie A should be weighed. Even if the transition was not problematic, the numbers should also be reasoned. At this moment, according to "Transfermarkt", the Albanian is worth 25 million euros, but Chelsea can hardly allow him to leave without twice the amount.