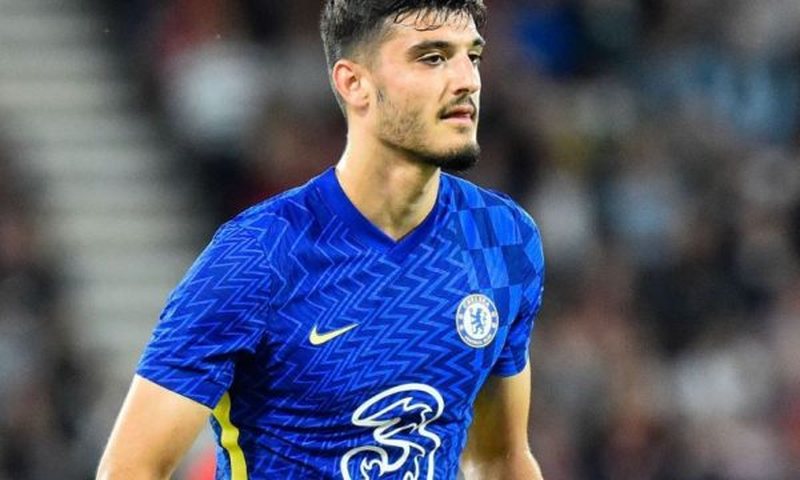 National team players are performing well in these first matches of the new season, especially those who play in Italy. But few of them are active this season in the English Premier League. It must be said that Armando Broja plays with Chelsea in England, but the footballer only got a few minutes in the match that Chelsea drew 2-2 in the London derby with Tottenham. Very few minutes for the Albanian who had nothing else to do in such a short time. But footballers are looking for other clubs in the Premier League who see him as a starter, among them Everton, so his sale in the last days of the market is not excluded. But will coach Tomas Tuhel let him go? On the other hand, in Italy our legionnaires have a more pronounced dimension, they are more present. In Serie B, the midfielder of the national team, Emanuele Ndoji, is shining at the beginning of the season. but will he receive the invitation to the representative team from coach Edi Reja? this is also a matter of discussion.

The transfer of Broja to the hands of Tuhel

It is not only our media, but also the well-known British sports media that write that Armando Broja's name continues to be associated with various clubs. Everton is insisting on the approach of the attacker of the Albanian national team, but Chelsea is hesitant to leave. Thomas Tuhel appreciates the 20-year-old, who he activated as a substitute in the first two meetings in the Premier League against Everton and against Tottenham. The English media report that the "London Blues" are adamant about Broja, accepting only the possibility of a pure loan, without the right or obligation to purchase from the club from Liverpool. Frank Lampard knows the Albanian player well, as he was on the bench when Broja debuted with Chelsea in the Premier League. Now he wants him back in the team to trust him with the spearhead of Eveton's attack. One of the clubs that tried to buy Broja was West Ham, the "Hammers" offered 30 million pounds for his card, an offer that was rejected by the leaders of Chelsea. The future of Broja remains to be seen, but it seems clear that this future is in the hands of coach Tomas Tuhel.

Ndoji follows with goals in Brescia

The Albanian midfielder, Emanuele Ndoji, can be considered without fear as the man of the moment in Brescia. The Albanian footballer scored another spectacular goal for the "swallows", paving the way to victory in the first match of the championship in Series B. After a spectacular match against Pisa in the Italian Cup, where he scored a goal, hit a crossbar and a post, Ndoj was confirmed in the formation in the first challenge of the championship, against Sudtirol. Even this time, Ndoj did not disappoint, as he scored a spectacular goal from the penalty kick, unlocking the challenge, while Brescia coached by Pep Klotet won with the result 2-0. Ndoj has not been part of the Albanian national team since 2019, as he had physical problems, however, the fantastic form he is going through is hardly being monitored by coach Edi Reja.