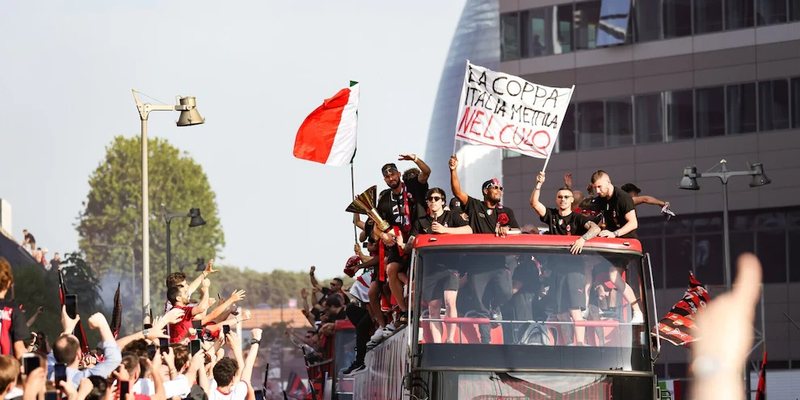 The "echo" of the title celebration follows after 11 years in Milan. In fact, these are measures against some Red and Black players, who had placed banners and chanted against their Inter colleagues.

We recall that the open bus went to "Piazza Duomo" surrounded by hundreds and thousands of happy fans for the return of the title that had been missing for 11 years.

If Zlatan Ibrahimovic had incited fans to chant against his former team-mate Calhanoglu, what was most talked about was a banner displayed by some players on board the bus.

In the end, a plea agreement was reached, as the FIGC explains: "Four Milan players (Theo Hernandez, Krunic, Maignan and Tonali) were sanctioned for violating Article 4, paragraph 1, of the Code of Sports Justice with the conduct of during the celebrations for the victory of the Serie A championship.

Krunic was fined 5,000 euros, while Theo Hernandez, Maignan and Tonali were fined 4,000 euros each. Milan was also sanctioned for its responsibilities as a club with a fine of 12,000 euros.

Here are the reasons for the fines: "Hernandez and Krunic sang insulting choruses against Inter and their fans, as well as displayed a banner with content that was clearly alluding and therefore disrespectful and offensive to Inter.

Maignan was found guilty only for the banner, while Tonali was sanctioned for wearing a shirt with a very offensive and vulgar sentence against Inter and its fans."

Historic draw for Vllaznina women, but hell group with Real, Chelsea and PSG