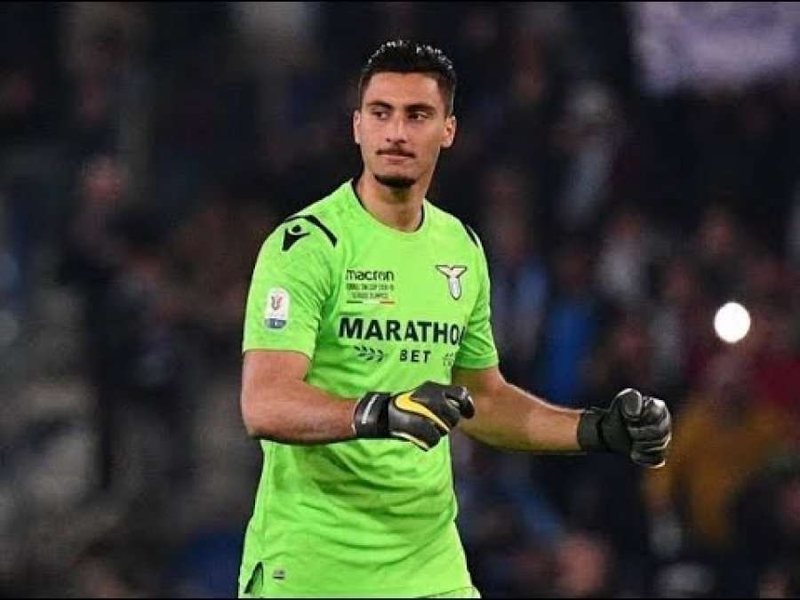 Mercato is moving fast for most clubs in the top-5 European leagues, where the Italian clubs who want to return with their greatness to Europe are not left behind. But Serie A clubs still have problems and are not competing enough with the English and Spanish championship teams. In the English Premier League there is beautiful, strong and superior football, therefore the English championship is more attractive for quality players. Of course, even the quality players of the red and black representative would like a transfer to England, because there, apart from the quality of the competition, they pay better in financial terms as well. One of the players of the National team playing in the Premier League is Armand Broja, but another red and black player is expected to join him in the English championship. It is about the red and black goalkeeper, Thomas Strakosha. The youngster seems to be leaving Lazio and wants a move to the Premier League, where he has received the interest of Fulham and several other clubs. But there is still no signal to make a quick transfer.

While the goalkeeper of the national team is anxiously waiting for a better option in the English Premier League, it seems that in Italy they have an easier time convincing him. Of course, Lazio is no longer seen as an option, but yesterday the Italian media talked about a new opportunity, to become part of the team where his rival in the national team, Etrit Berisha, played before. In fact, the Italian sports media also admit that Thomas Strakosha has not yet decided on his future. The Albanian goalkeeper is a free footballer, as his contract with the Lazio team has expired. Strakosha has been connected with several teams from the Premier League, but has not found an agreement. According to "Il Tempo", Atalanta has expressed interest in the 27-year-old. The managers of the club from Bergamo are seeing Strakosha as the ideal reinforcement after the injury of the goalkeeper Marko Karneseki. The club leaders will start talks with Strakosha to convince him to move to Bergamo. But will the goalkeeper of our national team accept this option? He is considering all the offers and will make a decision at the right time.

Strakosha seems undecided, but someone is urging him to take the big step and leave Lazio. Thus, the former coach of the Albanian National Team, Xhani De Biazi, was invited to "TMË Radio", where he spoke about the situations of Inter, Milan and Juventus in the market. The Italian also spoke about the situation of Thomas Strakosha, whose future continues to be suspended. "Strakosha needs to improve a little more. I think he should leave Italy, to play with peace in his mind. In Italy, there is a lot of pressure between presidents, coaches and agents", were the words of the former coach of the red and white team. The Albanian guard is looking for a new team after leaving Lazio and so far Chelsea and Newcastle have been interested in him, but the latter withdrew after the transfer of the English goalkeeper, Nik Pop.