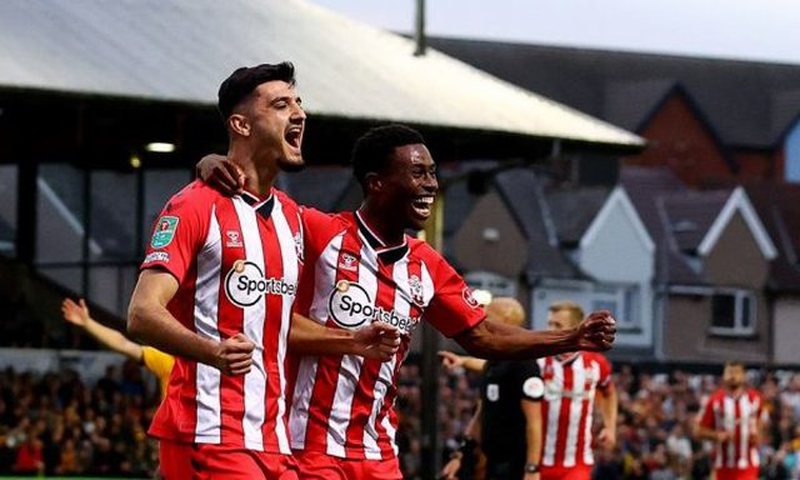 The Southampton team managed to get a very important victory against Leeds United in the eighth week of the Premier League.

For the first time, Armando Broja would start as a starter in a Premier League match, after fantastic performances with the Albanian National Team, even though he started from the bench.

The first half would end in a goalless draw, although Broja would attempt several times with his penetrations into the opposing area.

The goal would not be delayed in the second half, as a quick counterattack by Southampton in the 53rd minute, Broja would send the ball into the net, thus scoring his first goal in the Premier League.

Since the goal was scored, the Albanian striker felt pain in his left leg, but continued to play until the 81st minute, where he was later replaced by Ëolcott.

With the minimum score 1-0, Southampton gets 3 very important points against Leeds United.