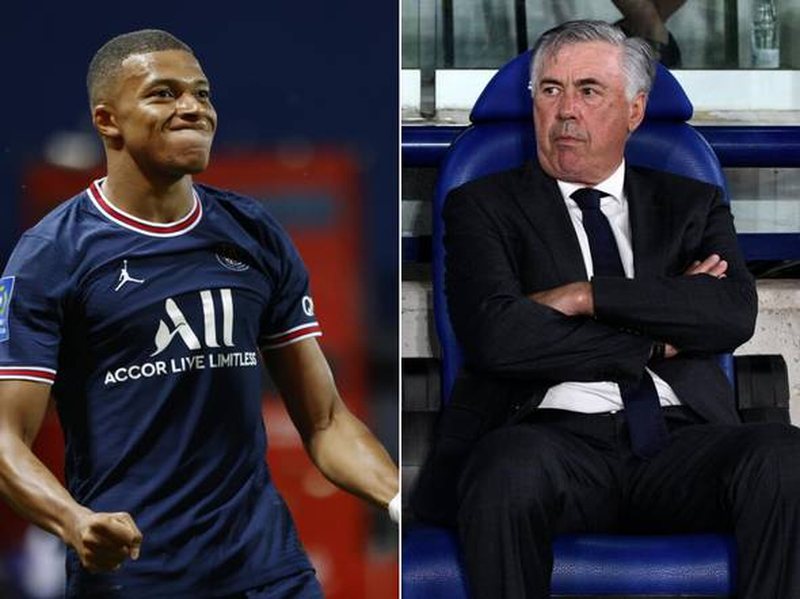 Real Madrid has ambitions to get Kilian Mbape in his bosom and wants this move as soon as possible. Apparently, it is the presidency of the club that covets this move, but that is also strongly supported by the technical staff. Thus, coach Carlo Ancelotti has sent another message to Kilian Mbapena. The PSG striker, in his cartoon, which has already gone on sale, wrote how as a child he dreamed of wearing the Real jersey and the desire to play at the "Santiago Bernabeu". Real Madrid coach Carlo Ancelotti was asked about this at the press conference before the match with Real Sociedad in La Liga. "Mbape said that since childhood he wanted to play for Real Madrid. This is a child's dream? Children need to follow the dreams they have. "I had dreamed of one day playing in Serie A and I realized it", said Ancelotti. Meanwhile, during the presentation of his cartoon yesterday afternoon in Paris, Kilian Mbape talked about episodes from his past. He told about the days he spent in Madrid, as well as about the time with Zinedine Zidane, for whom he has great admiration. "I was 14 years old when Zidane invited me to Madrid. For a child of that age, it is a dream, something fantastic. Zidane was and continues to be the idol of an entire youth, of an entire country. When he evaluates you like this, at the age of 14, when you are nobody, you experience the most beautiful moments of your life. It was unique. "I still remember it, to show how impressive it was," he told Le Parisien. "When Zidane invited me to his car, I was not sure how to express myself, I was afraid. At one point I told him if I should take off my shoes inside the car. "I do not want to tell more because then they will not read my book", Mbape confesses in his autobiographical book. There has been no shortage of praise for Mbapena in recent days from well-known leading figures of UEFA and FIFA, who appreciate his talent and this list also includes the head of UEFA, Alexander Ceferin. The Slovenian who leads the European football government considers Kilian Mbapena as the best player in the world. This statement was made by the head of the European football government during a visit to the headquarters of the French Football Federation, where he met with President Noel Le Graet: "In my opinion, Michel Platini was, in his time, the best player or one of the best players in the world. Later, Zinedine Zidane was also a great player. Kilian Mbape is probably the best player in the world today.