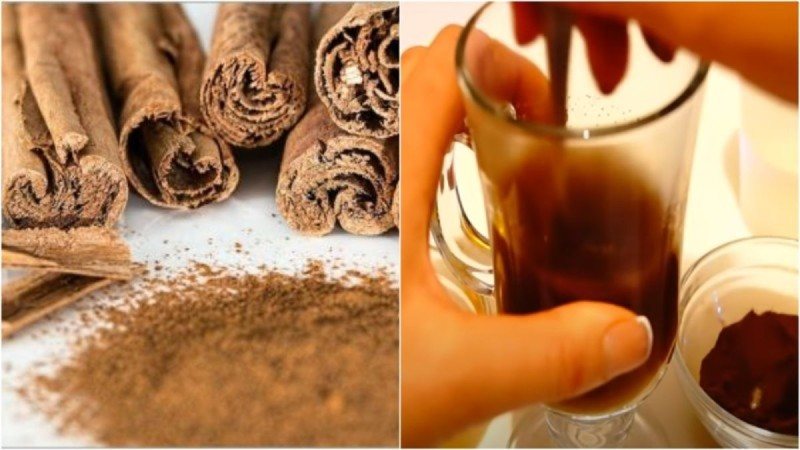 Studies have shown that including a teaspoon of cinnamon in your daily diet can help you lose weight.

Cinnamon is rich in manganese, iron, calcium and fiber. It has been used since the Middle Ages to treat diarrhea, indigestion and flatulence. In addition, it helps prevent the spread of cancer cells, the formation of stomach ulcers and helps treat bacterial infections.

Cinnamon lowers blood sugar levels along with bad cholesterol (LDL) levels while having no effect on good cholesterol (HDL). Therefore, it is beneficial for both heart and type 2 diabetes patients. Since cinnamon is sweet in taste, it satisfies the craving for sweet foods which are generally not allowed in diabetics.

In addition, it affects the way sugar is metabolized by the body and prevents the conversion of metabolizable sugar to fat. Cinnamon also delays the passage of food from the stomach to the intestines. Therefore, you feel fuller for longer and eat less. It helps you lose weight.

Cinnamon also helps the body process carbohydrates more efficiently and this helps you shed some pounds. Studies show that belly fat is more sensitive to the effects of cinnamon than fat from other parts of the body.

Ways to include cinnamon in your daily diet

You can add cinnamon to herbal tea to get a healthy and delicious cup of tea. Alternatively, add a teaspoon of cinnamon to your breakfast cereal or oatmeal, or add it to your morning coffee. Adding cinnamon to foods like pies improves their flavor. For the same purpose, it can be added to fruit juices and cider. Alternatively, you can take cinnamon capsules as a lighter alternative to the above.

You need to make sure that the cinnamon you use is fresh. However, cinnamon alone cannot help you lose weight permanently. For optimal results it is important to eat a healthy diet and exercise regularly. Including a teaspoon of cinnamon in your daily diet can definitely curb your appetite and help you lose weight and even layers of fat around your belly.

This is the best way to protect the heart from aging

Study/ Stress is contagious, it spreads to others just like a virus, what is recommended

Pediatricians categorically forbid you to throw them away, as the first teeth can save the child's life

Look carefully at your nails! If you notice this change, contact your doctor immediately

Behgjet Pacolli shows his only 'pledge': I am fed up with money and luxury, but I regret that...

The latest study is surprising/ Pediatricians categorically forbid you to throw them away, as the first teeth can save your child's life

How to have a healthy brain? From sunflower seeds to rose tea, the professor reveals the solutions

"Skin tumors" / The main symptom of high cholesterol that many do not notice, say well-known experts

It spreads like a virus! Stress is contagious, here's what is recommended (Study)

It can be fatal! Cardiologist reveals the mistake you make every day when you drink water

You will sleep peacefully and you will "drop" the extra pounds, here is what you should drink before you sleep