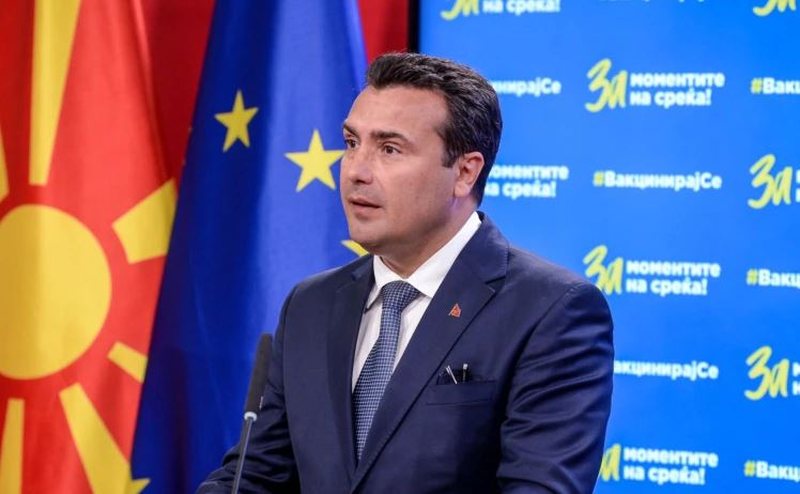 The governing bodies of the Macedonian party, the Social Democratic League (SDSM), have approved the resignation of Zoran Zaev as party leader, following a debate that lasted until the early hours of Saturday.

Most members of the party's broad leadership had demanded his resignation, but Zaev was adamant in the decision, which he announced on October 31 after SDSM's deep defeat in the local elections.

"From Saturday, the procedure for organizing intra-party elections begins, in which anyone who meets the conditions provided by the party statute can run," said SDSM spokeswoman Bogdanka Kuzeska.

The new party leader is expected to be appointed on December 12 in the party by-elections, and he will also be the mandator for the formation of the new Government of Northern Macedonia, as Zoran Zaev has resigned from the leadership of the executive, but she still has not been approved in the Assembly, as Zaev first intends to secure the parliamentary majority, which he lost after the Besa movement's departure from the Government.

In the Assembly, the ruling and opposition parties have 60 deputies each. Zaev in front of the members of the SDSM leadership has expressed confidence that the Social Democrats, who are in coalition with Ali Ahmeti Democratic Union for Integration (DUI), have the necessary numbers and that he expects the ruling coalition to expand with other MPs.

Meanwhile, the four-member Alternativa party, considered key to strengthening the parliamentary majority of SDSM and DUI, has not yet decided whether it will eventually be part of the government. This party has decided to continue the talks on the Government program, the inclusion of some requests in it, such as the one for resolving, as they say, mounted court cases, but also in the division of responsibilities for other issues.

"We will also listen to their version to see if there is a will for a joint program and if the government partners will give up the power to achieve a balance in the division of responsibilities. The alternative is not driven by appetites for power and taking positions in government. "We want to talk more about the ways out of this crisis than about the posts we will take," said Alternativa party spokesman Orhan Murtezani.

The VMRO-DPMNE party, which is in opposition, after the victory in the local elections, on October 11 had submitted the motion of no confidence in the government, but at the last moment a member of parliament who signed the motion list was not present at the session, which made the motion fail.

VMRO-DPMNE considers that the Government led by Zaev, after the local elections has no legitimacy, so the solution to the parliamentary crisis is seen in the holding of early parliamentary elections.