Vu?i? is no longer 'silent', he reveals the secret request of the European Parliament: I am not interested in this 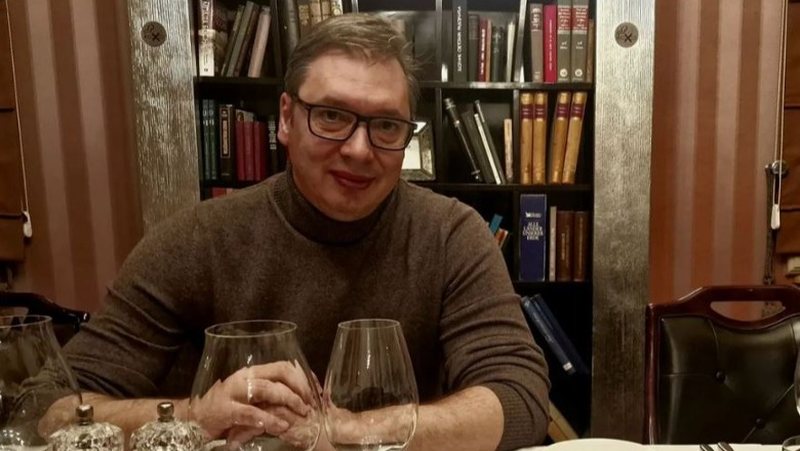 "They did not approve a resolution, they approved recommendations. The recommendations of the European Parliament say that they should recognize Kosovo's independence, but they hid it. They are asking us for mutual recognition. Even if we impose sanctions on Russia, they would say that what you did is good, but tomorrow they would come out with a new resolution. I have a lot of experience, I am a political veteran. I spoke last night with Brussels 50 times, especially about their recommendations. I am not interested in mutual recognition with Pristina. We will continue to listen to everything they say, but we make decisions in the interest of our country," said Vucic.

The President of Serbia, Aleksandar Vucic, has commented on the agreement reached on license plates on Wednesday in Brussels between Kosovo and Serbia. In the agreement, which was intended to reduce tensions, it is said that Kosovo will stop the further stages of the license plate decision, while Serbia will no longer issue license plates with the acronyms of the cities of Kosovo.

2 months ago, the European Parliament requested that the continuation of the membership talks between Serbia and the European Union be conditional upon the imposition of sanctions by Belgrade against Russia. This request was part of a draft report on the EU enlargement strategy prepared by Tonino Piculla, a social democratic deputy from Croatia, who is the EP's rapporteur on this strategy.

The proposals also state that "the adaptation of the countries from the enlargement process to the common foreign and security policy of the EU should be made a priority and membership negotiations with Serbia should continue, only if this country joins the EU sanctions- to divide Russia".

Osmani: Serbia caused the crisis to avoid discussing the final agreement with Kosovo