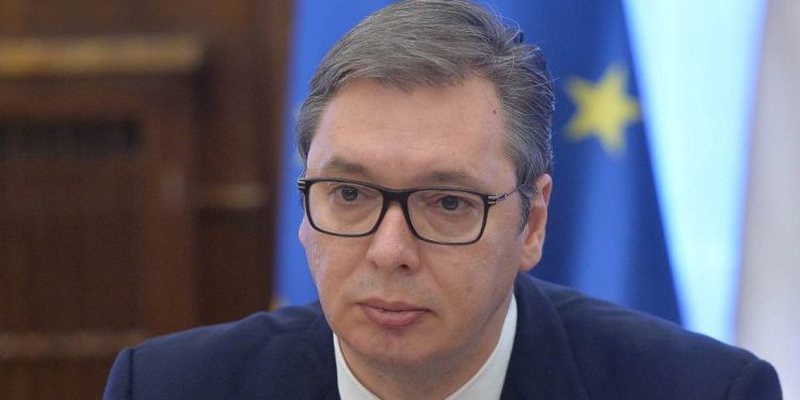 Serbian President Aleksandar Vucic has reacted to the statement of Kosovo Prime Minister Albin Kurti, who said on Saturday that he would vote in favor of joining Albania in a peaceful and democratic referendum.

"I did not even react. We left it for a day and then Ana (Bernabiç) reacted… This is not about an ambassador, but about the so-called prime minister who threatens to unite with Albania ", said Vuçi..

"Would I be hanged in Washington or in Brussels?" Vucic said ironically, while criticizing reporter Viola Cramon for not reacting to Prime Minister Albin Kurti's statements.

Ideas for a Greater Albania do not cause concern in the EU… Viola von Cramon thinks she can "sell her mind" to everyone and talks about everything that is happening in Serbia. Although she is in charge of Kosovo, she did not intend to criticize the statements of Albin Kurti, when it comes to the great Albanian hegemony, this is common for them… This is just the beginning, we will have many problems… Whatever "Serbia will do, out of political self-defense, they will never be happy," Vucic said.

Recall that Albin Kurti said on Saturday for the British magazine "Monocle" that he would vote in favor in a referendum on the unification of Kosovo with Albania, adding that the referendum should be held peacefully and democratically.