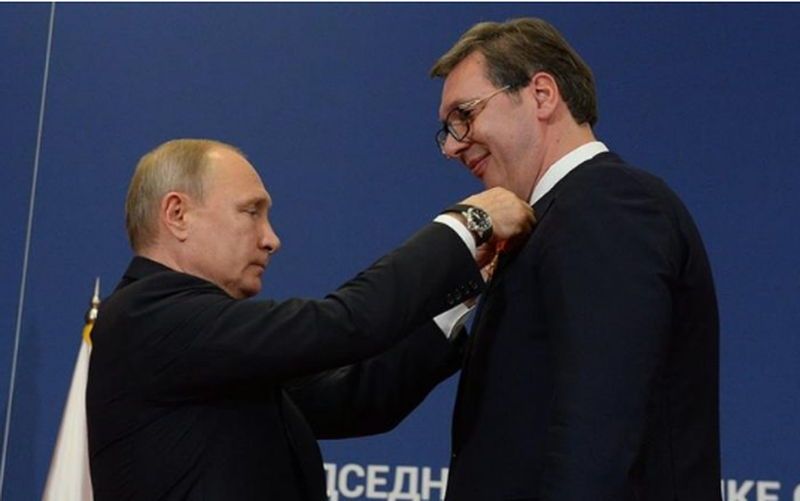 The largest Greek media "Kathimerini" has published an article about the complicated relations between Russia and Serbia in recent weeks.

Serbian President Aleksandar Vucic is going through difficult times. Until now, he was happy that he had managed to maintain the balance between Russia and the West, by "sucking in" something from China and Turkey, which brought him victory in the elections, using the tactic of "maintaining good relations with everyone for him." Serbia has benefited. ”

However, with the crisis in Ukraine, things have become difficult for him. He is already under Western pressure to impose sanctions on Russia.

Further, the Greek media shows that in addition to this, great difficulties come to Serbia from Russia itself, which is increasingly using the pretext of Kosovo to recognize the Independence of Donetsk and Luhans. Most painful for Serbs was the mention of the decision of the Court of Justice that declared Kosovo's independence legal.

If Moscow lifts the blockade on Kosovo's recognition by the United Nations Security Council, then this would be Belgrade's official loss to Kosovo. This would encourage other international institutions, which are still hesitant, in the future to accept the recognition of Kosovo.

This would be a "game over" for Serbia. The Serbian leader is resisting, but has received a "knife in the back" from Putin.

Putin's cynicism in comparing Kosovo to the disputed territories in eastern Ukraine is a shock to Belgrade. Vucic and his diplomats understand best that their "great protector" reflects the reality of British Prime Minister Lord Palmerston's statement that in politics "there are no permanent friends, but there are permanent interests."

Putin uses Kosovo for his geopolitical plans. He is already ready to negotiate, if necessary, to legalize the "independence" of the occupied territories in eastern Ukraine. This reality weakens Vuçi. Even more to resist the growing pressure of the West on Kosovo.