Increasing the number of infections, the government of Kosovo adopts new anti-COVID measures 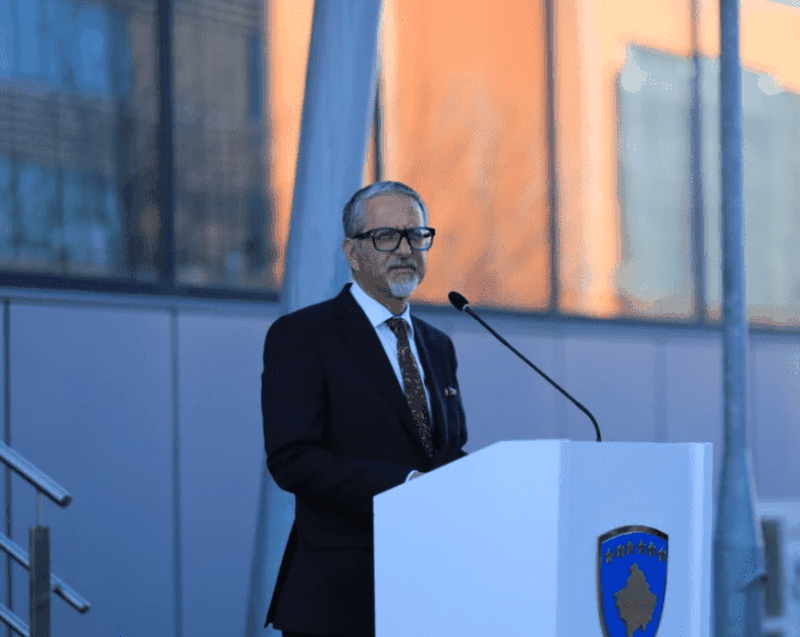 The Government of Kosovo at its meeting held on August 18 approved new restraining measures in an effort to prevent the spread of the new coronavirus.

The Minister of Health, Arben Vitia said that in recent days there has been an enormous increase in cases of COVID-19 and the Delta variant is already dominating the cases of those infected.

Vitia said that based on the recommendations of health institutions, new restriction measures are being imposed, as the capacities of hospitals are limited.

The Minister said that from August 20 night clubs are closed and weddings are prohibited. Another measure is the reduction of working hours until 22:30 for gastronomy businesses, after the decision is published in the Official Gazette.

Under the new decision, citizens from high-risk countries, including locals coming from those countries, will be required to have a negative test, vaccination certificate or serological test. The Minister did not disclose which countries are included in the list of high risk countries. The measures will be valid until September 1, but according to Minister Vitia, the Delta variant makes the situation unpredictable.

The Government of Kosovo in its meeting on Wednesday has approved the decision to increase the health staff that will deal with the management of the pandemic and the immunization process.

The hiring of 1116 additional workers is expected to be done within 10 to 14 days, said the Minister of Health.

Prime Minister Kurti called for vaccination, citing the fact that no deaths have been reported with the Delta variant from patients who have been vaccinated.

The Ministry of Health in Kosovo announced on Wednesday (August 18th) that four more victims of the new coronavirus have been registered.

Based on 10,258 tested samples, 2,110 people tested positive for coronavirus. Returned to the percentage, it turns out that out of the number of tests, 20 percent came out positive.

Currently active cases in Kosovo are 12,159. According to the announcement, in the previous 24 hours another 130 patients were cured, bringing the total number to 106,408.

Kosovo launched the immunization process in March. Since the start of vaccination in all cities of Kosovo, 622,068 doses of the vaccine have been given. As of August 18, 215,329 citizens have been vaccinated with the second dose.

Earlier, the University Clinical Hospital Service of Kosovo (SHSKUK), said that in general hospitals in Kosovo and in clinics for the treatment of coronavirus, there are 575 patients, 468 of them with coronavirus.

According to HUCSK, 29 patients are in serious condition and 418 are being treated with oxygen therapy./REL

Albin Kurti calls on Spain to recognize Kosovo: It should not be compared with Serbia

"Yesterday was an extremely difficult day", Petar Petkovic talks about the dialogue in Brussels: Belgrade offered two solutions while Kurti...

Abazovic blasted the Montenegrin MPs: The fact that I am Albanian bothers you

His post in the "thread of thought", Abazovic "threatens" Djukanovic who is trying to overthrow him today: He will show the names of organized crime

Vucic in difficulty, calls an extraordinary meeting after the failed dialogue with Albin Kurti, the Serbs receive the bitter news from Brussels

Dritan Abazovic in the "thread"! He signed the agreement with the Serbian Church a few weeks ago, this is what awaits the Prime Minister of Montenegro today

The scary warning, license plates are a pretext to lead the Balkans to war, Russia and China ready to ignite the "powder keg"

Vucic makes the sudden move from Brussels, what is he warning?

Albin Kurti reveals the scenario: With Russia's agenda, Serbia is trying to destabilize Kosovo and the region

Tensions in the north of Kosovo / Vucic speaks after the meeting with Stoltenberg: We respect the mission of KFOR, we want to avoid any kind of escalation and conflict

Stoltenberg meets Vucic and warns him: We have increased the military presence in the north of Kosovo, we will act if...

Serious/ The woman denounces the husband to the police: He raped and abused me for 19 years (Details)