Exit Poll results for the 7 largest municipalities in Kosovo, who is ahead of the candidates 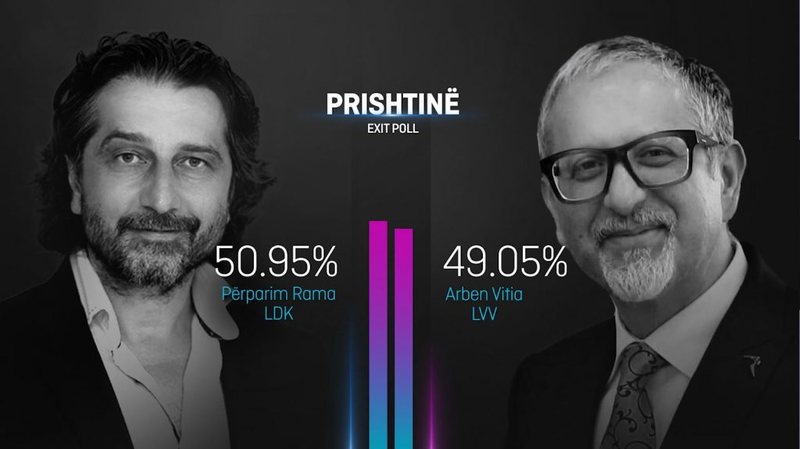 * PDK is the first in the municipalities of Prizren, Vushtrri and Drenas.

In the Municipality of Prizren, according to this exit poll, the winner is Shaqir Totaj of PDK with 50.5%, while Mytaher Haskuka has 49.5%, writes Gazeta Express.

* LDK is the first in the municipalities of Prishtina and Gjilan.

Lutfi Haziri of LDK wins Gjilan with 50.5, while Alban Hyseni of Vetëvendosje has 49.5%.

* AAK leads in Gjakova with 53 percent of the vote, while VV has 447 percent.

* VV received only one municipality, according to this exit poll, so it came out 50.4 percent in the municipality of Podujeva.

The ballot boxes were closed a few moments ago, while the counting of votes in Prishtina is expected to start very soon.