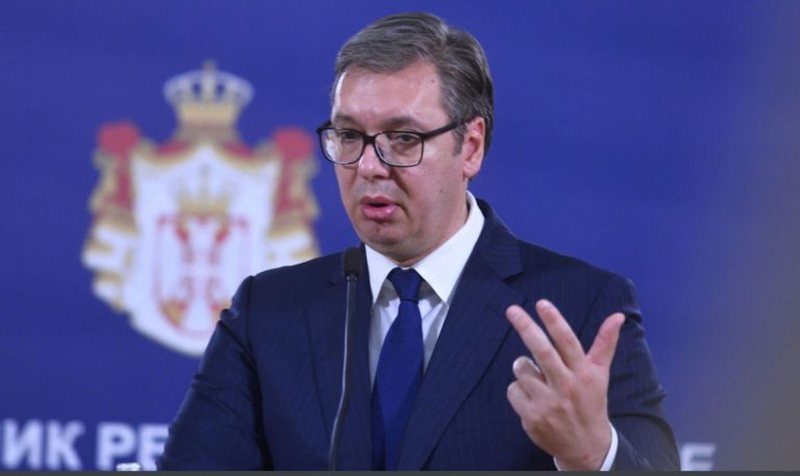 The President of Serbia, Aleksandar Vuçi., Has said that his country is the only one in Europe that has not imposed sanctions on Russia and said that there is a lot of pressure for this. However, he leaves this pressure in second place, as the "toughest" comes to him on the issue of Kosovo.

To share his concerns, he met with Serbian Orthodox clerics to get their opinion. Vucic even went so far as to say that this autumn would be "more difficult than 1945" of World War II.

"Today we are in a specific situation due to the events in and for Kosovo, as well as due to the fiercest pressure. "It will be increasingly difficult to safeguard our interests, because the pressures will be tougher."

Vucic also lamented the statements of Russian President Vladimir Putin regarding Kosovo. "Ever since the Russian president said what he based his occupation of Ukraine on formally, legally and politically, all Western powers have worked in this direction. "The Kosovo knot is being resolved quickly, in order to remove the argument from the hands of the Russian president," Vucic said at the Presidency in a meeting with Patriarch Porfirio and the bishops.

The Serbian president said that "a difficult time is coming for the Serbs", so he called on them for unity.

"The hardest time is coming, unity will be needed more than ever. Serbia is the only country in Europe that has not imposed sanctions on Russia at the moment and for this we are under great pressure, which is causing us problems. "These problems are not small and will be even bigger," he said.

The head of state, who caused the genocide in the countries of the region, complained about the lack of peace.
"We lack peace, we do not seek it for ourselves, but for all humanity and we seek it from God, Serbia is in a much more difficult situation than it seems today, but hail clouds are flying over our country."

Vuçi me talked with the clergy for more than two and a half hours, reports Tanjug, Gazeta Express reports.