Putin and Lukashenko secretly pressure Serbia, it is revealed how Vucic is being held hostage, here is the big promise made by the Russian president to Belgrade, the sensational behind the scenes come to light 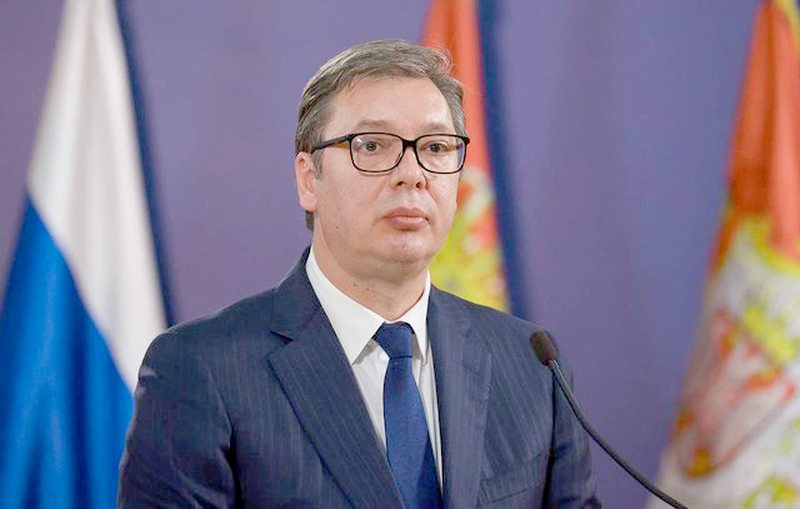 Serbian President Aleksandar Vucic is like an extended hand of Vladimir Putin, who is easily manipulated by the latter. The Russian president uses his Serbian 'vassal' to achieve his goals in the Balkans and to put pressure on the West and the US. But how is Putin keeping Vucic under his political tutelage? Recently, it is said that Russia has asked Serbia to clarify its position, align itself with the Russians or with the EU. A warning has also come from the president of Belarus, Alexander Lukashenko. Another doubt is added on what the Russian president has promised to his Serbian counterpart. Longevity in power or extent of Serbian influence in the region? The Kremlin has not revealed anything concrete. But as many claim, Putin is only putting pressure on Vucic and using him to implement his plans.

The promise that Putin made to Vucic

"What do you want? Do you want us to protect you or do you want to play the game of better relations with Russia for the sake of your public opinion, when in fact you are always going to the European Union and obeying the dictates of Brussels and Washington? " , this is a message Moscow allegedly sent to Belgrade. "Serbia can take an "extremely privileged position", if we manage to maintain our position and not turn from the west. As he pointed out, it would be foolish on our part to turn against Russia and support the Western powers at this moment, after everything we have endured", says a local analyst. Another statement came from the Serbian side, an official of which says that Vucic is selling EU membership as a priority. just to avoid the mistreatment that could be done to Serbia by the West. Vladan Glishi?, the leader of the People's Network, says: "However, I perceive the fact that our government claims that we are going to the EU and that it is a priority, as if in fact it is just a camouflage so that they do not mistreat us, so that they do not create social and economic problems others for us, if at some point we say that we are no longer interesting. Germany is trying to use it for its dominance in this field and we do not have the strength to oppose it, but we can use the help of some other countries like Spain to implement it. According to his words, if we manage to endure it and that position happens to us privileged, we must not allow some countries like Bulgaria and Croatia to prove themselves through us, as they were in the First and Second World Wars. "They have to foot the bill for being on the wrong side of history twice. They have to pay that bill a third time. The same applies to Albanians", concluded Gliši?. He also spoke about the warning of the president of Belarus, Alexander Lukashenko, to the Serbian authorities, as well as the one sent by the Chechen leader Ramzan Kadyrov to the Albanians in Kosovo and Metohija. -s from the equation and think about their future," he wrote. Helmkast's interlocutor has shown that Vladimir Orliq, who has been elected president of the Assembly of Serbia, has prevented the adoption of the Resolution on the genocide of Serbs, Jews and Roma in the last meeting. "In the vote, 20 green lights were first lit by those who supported the Resolution with their signatures, and another 20 members of SNS and SPS joined and voted as well. At that moment, Orliq interrupted the vote and declared that the resolution had not been approved, even though the vast majority of deputies had not yet voted. If the vote had lasted, the other members of the government would have been encouraged and would have voted for the resolution", said Gliši? about the vote.

The President of Serbia, Aleksandar Vu?i?, has affirmed that he knows the Russian President, Vladimir Putin, very well and that he knows his thoughts. "I believe that I know Putin better than 99 percent of world leaders and I understand what is on his mind. "I think that the West surprised him at the beginning and that now he is in a situation where he has nowhere to go and that he is surprising the West more and he has to fight," he said.

Vucic's scary warning: A difficult period awaits us, I am afraid that the bloodiest battle of the Second World War will be repeated